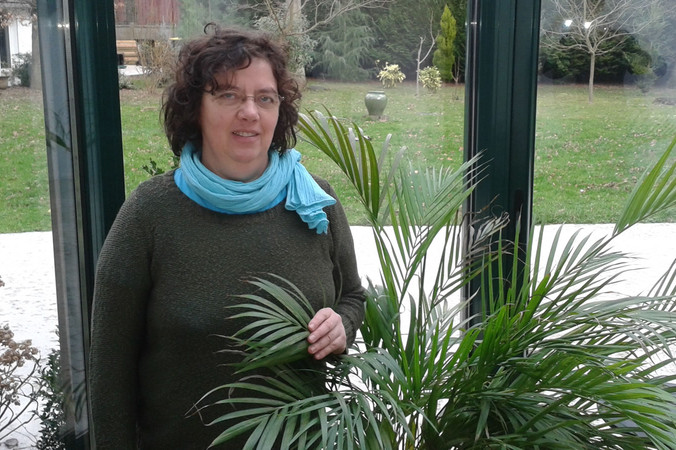 JESUS, present in my joy as in my mourning

AT HIGH SCHOOL: JESUS, MY FRIEND !

That year, I changed twice sections in one month. Each time I went to see the director, who gave in to my request! I searched myself and a purpose in my life. I had several friends who were rejecting the "bourgeois" values of our society. I was quite in agreement with them.

One day I heard some students singing sitting on the grass on the grounds of the high school and I went to listen to them. They played the guitar and sang with much joy and all their heart…hymns! Since they were very sympathetic, I went to see them more often.

They talked about Jesus: He was a friend to them who walked alongside with them. A friend who loved them and they loved him in return! I was very surprised because I knew who Jesus was, but nobody ever had talked about him in that way to me. I searched for my old guitar and started singing with them.

A MOVIE THAT CHANGED ALL

Some months later, I assisted at a projection of a movie in a tent. A young roughneck was touched in his heart by the message of the Bible and decided to entrust his life to Jesus. Touched in my heart, I went home and cried for several hours. I did not pronounce particular words, but my heart was literally "burning" by this love of Jesus. This way he had become my first "great love"!

I continued to meet with my new friends, and at the same time my former friends rejected me. When I passed near to them they cried nastily: Halleluiah

Also my father accused me of all kind of things.

Without knowing, my former friends and my father really helped me to attach myself even more to Jesus. As a matter of fact, God can use all kind of situations to draw us near to him !

Some years later, I met Alain in a Christian organisation that helped disabled people,. We married and got three children, followed by three grandchildren. Our family has been very engaged in several Christian activities, which gave us the occasion for many rich contacts.

The Lord Jesus is still and even more than ever the foundation of my life. For several months my husband suffered from a very bad and very rare cancer and passed away at the end of 2013. We were married for more than 34 years. So, what to do? Just continue your road without looking back too much and that's an enormous challenge. In the beginning of January I had an immense joy inside me. This could not come from the circumstances. It was the Lord's presence. The friends, most Christians, have also been an invaluable help for me to continue during those strange months where everything had changed and where I looked for a new orientation. I thank them with all my heart for their presence, their support and their material help. Today I work with the team of Top Chrétien (in charge of the web site MyStory.me in France) and I am also author, especially for family issues.

Has life been easy for you? No? Than I have good news: Jesus loves you and he desires to accompany you, to support you and to encourage you to go further, further than your circumstances, as painful they may be.

If you want to know more about what I do :