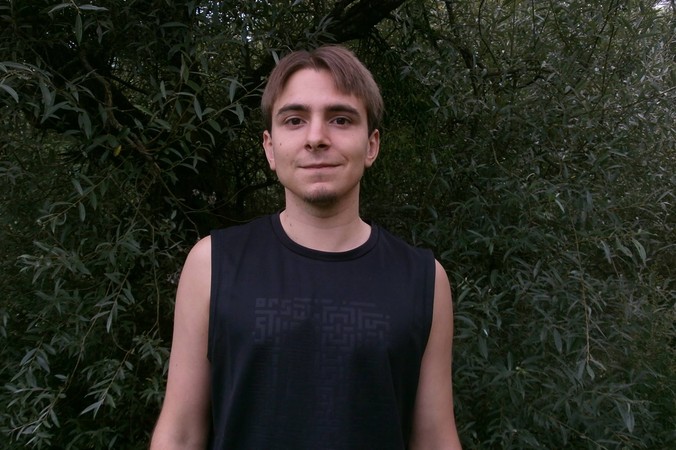 You might say I am a "world citizen" as my family has diverse origins: I was born in French-speaking Africa, my father is Welsh with Italian origins and my mother is German, I live in France since my childhood and I grew up speaking three languages: German and English at home, French at school. With this testimony, I want to share with you a part of my life: how I found my true identity.

I had the privilege of growing up in a family that gave much importance to the Christian faith, so I have heard about God, Jesus and the Bible ever since I was a small boy. Back then, I believed in all this just because my family did, but I had never really thought about it or experienced its truth and it didn't have very much impact on my everyday life: sure, there was a God out there, but he was far away and not really interested in my life.

I also remember I used to be quite shy and as a kid, and I lacked selfconfidence. For example, I've never been any good at sports, so at every sporting activity I took part in I was among the last - and of course the other children made fun of me. Childhood is a cruel age where anyone who is somewhat different is immediately rejected, so I often was a victim, a whipping boy for the kids who were more extravert than me. I had only few friends and spent most of my time alone... or in company of my great passion: books.

then he changed everything...

During Summer 2001, when I was 11 years old, I took part in a holiday camp. I had already tried one the year before, and it was a really bad experience, but this time I already knew several other kids, which helped me to integrate despite my difficulties in socialising.

As this camp was with a Christian organisation, we also had childrens' activities dedicated to discover the Gospel. I already knew everything they were telling me there, I had heard these stories all my life - but this time, something was different.

During this camp, I understood the Gospel message was one I had to alswer. I realized God was my Creator and loved me as I was, even though I had hardly any friends, but also that the evil I had done was separating me from him. I realized that because of the bad things I had done, every time I behaved injustly or hurt someone else, I was guilty before him and deserved his just punishment, but also that because he loved me, he came himself to pay the price: Jesus Christ. Jesus, God made man, the Creator joining his creation even in its deepest misery, is the only person in all history who never committed any bad deed, yet he chose to die on the cross to save me who am guilty - even though I didn't diserve this. And he came back to life, and his resurrection proves that he indeed is who he claimed to be: the Son of God and the Saviour of the world.

During this camp, I decided I wanted to take this step of faith: accepting Jesus Christ as my personal Saviour. I'm especially grateful to God it happened the summer just before I started secondary school, so I was able to start from scratch in a new school with new classmates who didn't already know me as the school's scapegoat. I slowly learned to escape my timidity and discovered the joy of true friendship.

All this happened more than 10 years ago. My life has changed a lot since then, I went through timed of happiness and others of suffering - even recently. But I know that my Saviour and Lord Jesus Christ has always been at my side. One short sentence to sum it all up: he has always been faithful - even when I wasn't. In him, I found my true identity: I AM A CHILD OF GOD.