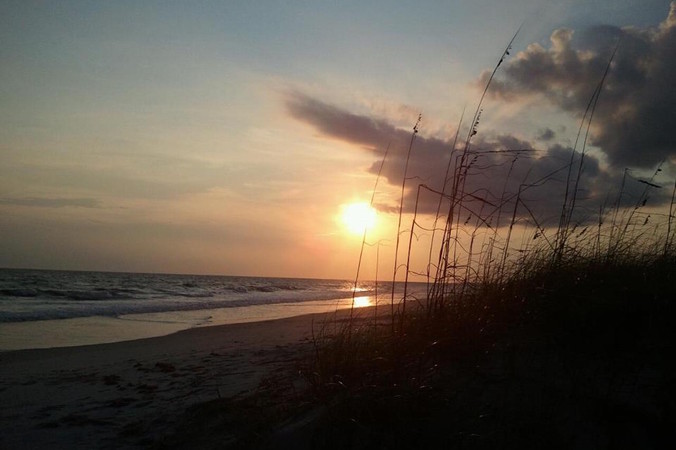 I am not always obedient to what God calls me to do. He has been on me for quite some time to share this story. It has taken a lot for me just to get the computer in front of me. As I sit here ready to type, after He has asked me to do this repeatedly, I am scared. …

Here goes… Life is hard. Not a shock to anyone I know.  Our minds play tricks on us and make us believe things that we know are not true. Our failures are greatly amplified by our fears and desires of perfection. Looking back it is easy to see that the devil had full control of my mind and I had handed it over to him.

Let's go back to the beginning, my family was never really all that religious. We were believers but not committed. Church was not a Sunday thing it was a holiday thing. We believed in God and Jesus, I knew most of the bible stories and believed that He would keep me safe, but I never really had faith in Him. In my teens family began to fall apart. My parents divorced, and things were never the same. I had a very loving family and I love both my parents dearly, but talk about throwing a whole lot of confusion at a teenage girl… It is hard enough to be a teenager but watching your family fall apart made me question everything that I believed to be true about God. Whatever faith I had dissolved with the tears that I cried. I was a miserable teenage rebellious girl who was just looking for something to hold on to.

I believed that I had found it in the form of a boy who cared about me. I became pregnant far too early in life.  I could have considered the many options that were available to a teen, but this was the situation that I had put myself in. I was going to be responsible for my own actions and take care of my child. I now had to deal with this struggle of being a teen mom. Little did I know at that point that this boy that I thought cared about me was going to become abusive. I quit school in the middle of my junior year. I was taking care of my child. I finally realized I could not make a life for myself as a high school dropout, I went back to High School, child in tow. I was going to make something of myself. A year and a half later I was out of the abusive relationship, had a high school degree, and enrolled in college!

The summer before I began college I was happy and single until I met someone who would change my world. He was a senior in college, I was a freshman… We fell in love. Two years after we first met, I married by best friend. Nine months later we were joined by a little pink bundle of joy. I was mom to two and enjoying everything that life had for me. I was going to stay at home with my kids and watch them grow. I will say, even though I would not trade a second of it, being a stay at home mom is one of that hardest things I have ever done. In the next year we would suffer the tragedy of a miscarriage, that broke our hearts. Life had twists and turns for us but we could handle it. It was not always easy but things were good and we were a happy family. Two and a half years later another little blue bundle of joy joined us.

Life, smacks you in the face when you least expect it. Here we go… the hard part of the story.

When my oldest was 11 he injured himself on a bike and ended up in in the hospital for three weeks, (life threatening) emergency surgery, and months going for treatment in a city that was hours from home. We were at the beginning of a nightmare that I didn't know how to stop. The next year my husband was ill and could not work. A year later I became sick and it took months for the doctors to figure out what was going on with me, eventually I would have to have to have surgery. At this point I had started to become depressed, although I did not know at the time that this was what was happening to me. Every time I turned around it seemed something would go wrong. Every little mole hill I came across became a giant mountain. My oldest child was a teen began to rebel (this is putting it lightly). Our marriage was not as strong as I thought it was. We were fighting all the time. I was in a town far from my family and felt like I was alone. The financial burden all these things had put on us was incredible. I had three beautiful healthy kids but the thoughts and feelings of failure were getting worse and worse. I felt that had failed with my children, I couldn't keep them safe… I felt like I was a failure as a wife… I had kept all of this hidden from my husband because I didn't want to be more of a failure. Doubts were seeping in and I could not control them. I could never be a good enough parent to my kids… I could never be a good enough wife… and I could never fix the financial mess we were in… the dark cloud I was in was getting bigger and bigger every day. It was all I could do on most days just to get out of bed. There are a lot of I's in those statements. My biggest mistake was trying to handle it on my own.  Depression is an evil, ugly monster that takes hold of your life fully and completely when we let it. I don't really know when the thoughts of ending my life began. But once they statred, they were there, growing every day.

One day out of the blue my husband said lets go to church. A co-worker had been asking him to come to this new church he had just started attending. This was something we had never even discussed in the eight years we had been together. I had all but forgotten about God. It took some time for him to convince me to go but I eventually gave in and said yes. The first Sunday we went there was a great message and he wanted to go back the next week. I didn't, after all if there was a God how could my life possibly be this bad. He didn't care about me. He didn't love me.

My kids loved going to church the first few weeks, no matter how deep the depression I was in I still wanted to make my babies happy. So we went back. Sunday after Sunday, for weeks, I sat in church, and went home unchanged. The dark cloud continued growing, getting bigger and bigger, heavier and heavier. Two months of going every Sunday I had expected something from God but it never came. I still went home and contemplated ending my life. Every day the thoughts were getting worse. I didn't share this with anyone after all I was going to do it on my own, I didn't need help.

it was a Saturday when I had finally decided that I was done and ready for my life to be over. I was going to wait until Monday when everyone was in school & work and drive to a secluded area. I had the pills in the glove box of the van. I was going to save my family from the failure that I believed was me.

One last day… a Sunday of course. The kids wanted to go to church, my husband had to work so I would have to take them alone.  I didn't want to go. If God hadn't helped me by now then there was no point was there. nothing would change my mind. I went anyway, I was sitting there thinking about the events of the next day. I just knew that I was never going to be good enough to be the person everyone else needed me to be. I was never going to be okay. I was being selfish, not contemplating how anyone else would feel without me.

I sat in the back, I didn't talk to anyone. I felt a hand on my shoulder, then on my other shoulder. A woman came up behind me and said He wants me to pray for you. She prayed like I have never heard anyone pray before. She asked God to heal me, to lift me up, to protect me from the evil that was in me… Wait, what? How could she possibly know. The tears began. She continued to pray, tears were streaming down my face. How could this stranger know so much about me, about my struggles. There was only one way, God.

She finished praying for me. Hugged me tight and went to her seat. So I am sitting in the back, tear streaks down my face. The Pastor gets up to speak, he says there is going to be an acoustic performance for our last worship song. Come Home Running by Chris Tomlin. If you have not heard it, listen to it.

Oh heart of mine, come back home You've been too long out on your own And He's been there all along Watching for you down the road

Just as you are… God was watching me, waiting for me. The whole time. He didn't need me to be perfect, he just needed me to be ready. At that moment, that morning I felt something snap, the hold the darkness had on me was not the same, it wasn't instantly gone but it had changed. I left church that day convinced that God had orchestrated that day for me. I needed to be in that place before I could truly listen to what He had to say to me. I couldn't tell you what the context of the sermon was that day, what the exact day even was. I didn't write it down or memorize it. I just know that God saved my life that day.

Things did not change immediately, but I knew that no matter what lay ahead I would have the strength to face it. God had my back, all I had to do was turn to Him. It has been years since that day. It has not been easy, we struggle, we fall but we always get back up. My faith in Him grows daily. I am thankful every day for his provisions for my life. I am not sure why it took me so long to finally write this one down. Maybe I am afraid people will criticize me, judge me for being weak, but I know in my heart that God loves me. If that is not enough… ask me how he saved me the second time.

He was not, and is not finished with me yet. 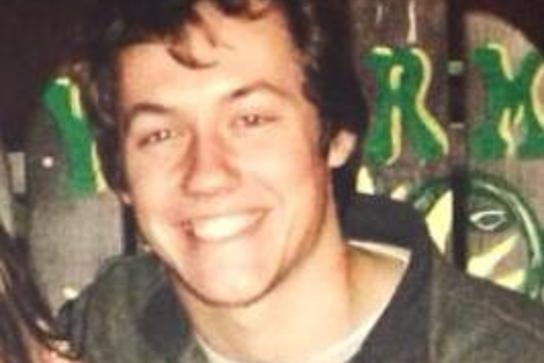 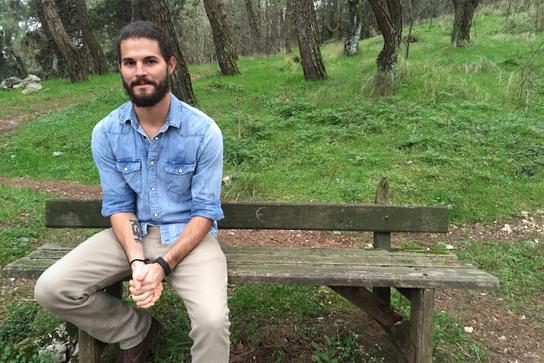