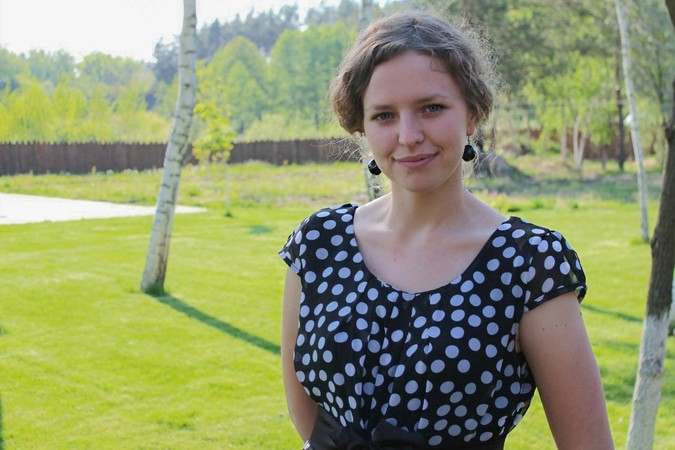 Do you really believe in it?

Hi! My name is Nastia.

I love Ukraine. I was born on this land. It is my homeland where I grew up

and dreamed, and now I continue to think about a better future for our

We all know that Ukraine is the country of Christian traditions. Even if we

"Christ is Born" on Christmas and "Christ is Risen" on Easter. We follow old

traditions and go to church at least sometimes.

I grew up in a family where, as a child, I was taught to believe in God,

respect Christian traditions and celebrate Christmas and Easter "the right

way". I knew I had to go to church and be good, sensible and fair.

For me, as for many other people in Western Ukraine, Christianity was a

I came to study in Kiev, a modern and progressive city where freedom of

thought reigned, everybody did what was right in their own eyes, and there

was no one truth.

bed, a protective small crucifix, and several prayers that I knew by heart

and used in difficult situations.

I thought of God only when I had problems with money, exams, etc. All the

other time I built my life myself according to my own rules. I knew God

would evaluate my life at the end but thought He didn't care about it now. I

believed that by the end of my life I could cover my sins with good deeds.

My new friends had different worldviews. Some said God was a myth,

others weren't interested in the topic of faith and never talked about it, and

some prayed to God and called themselves Christians. Faith in God was

considered unfashionable among most of my friends. When you study in

Once there was a party in my room, and my classmate pointed to the icon

asking, "Do you really believe in it?" Everybody laughed. I raised my head

The party continued. The next day my life went on as usual, yet the

question kept popping up in my head, "Do you really believe in it?"

I began to think about the foundation for my faith. Was it just traditions that

my parents had imposed on me? Did God have anything to do with my life?

Would His presence or absence influence my future, my success, my goals

I started looking for answers to these questions. It wasn't easy because I

wasn't one of my priorities.

about Jesus. Before I did not think much about who He was. Of course, if

someone asked me I would say He was the Son of God, the Holy One, the

Savior, but these were just the right words I knew.

many rules and traditions came to Jesus. He characterized them this way,

"Hypocrites! These people draw near to Me with their mouth, and honor Me

My heart was also far from Jesus. It had no place for Him because this

place was taken by me and my goals and plans for my life.

law, for we all had sinned and fell short of the glory of God. Whether we

had committed many or few sins, we were separated from God because of

them. Therefore, I could not hope anymore that by the end of my life I

would deserve God's mercy by the good works I would have done.

God's mercy was revealed when He sent His Son, Jesus Christ, to die for

our sins. He died on the cross for each of us, taking upon Himself the

punishment for our sins.

of times. He wants us to trust Him with our life and He justifies those who

God and Savior. Christianity is no longer a part of my life, it is my life. It is

not a religion or traditions, but a relationship with the living God and daily

dependence on Him. It is following Christ and learning from Him how to

I want to ask you, "Is there God in your Christianity? What place does

Christ have in your life?"

Think about it. Do you really believe in it? 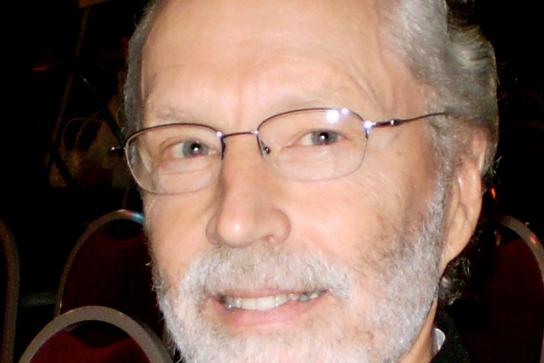