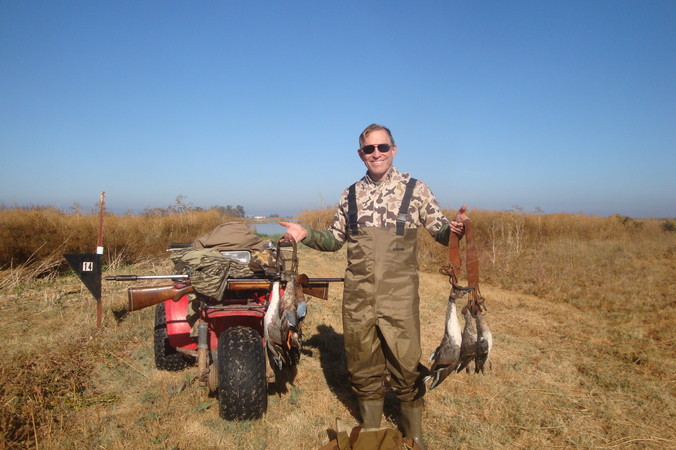 How this arrogant agnostic believed

How did I, an engineering major, an IBM salesman, an agnostic (reportedly insufferably arrogant!), become interested in the possibility that God was/is real, and what His “deal” is?

I was born and raised in an incredible place for kids – Hawaii.  The beach, no shoes, warm and breezy, sailing, boogie boarding and body surfing.  It was great!  A move to the San Francisco Bay Area going into 8th grade, and adjusting to a tight-knit and, to me, somewhat cliquish and snooty town.  I graduated from boyhood pranks to teenage pranks, getting into trouble with my parents and, ultimately, with the police and our high school, Piedmont High, resulting in having a year in Europe pulled because of my misbehavior, actually criminal behavior.  But I was pretty well-liked, a varsity athlete and student body officer.  I had attended a denominational church until I was old enough to say “no”, after which I only went if advantageous in impressing girls.

I came to Southern California to attended the California Institute of Technology, Caltech in Pasadena, where I met Joy.  We married in my graduate year and I joined IBM to begin my career which I was convinced would lead me to financial independence before my peers.  Three children, a career change and caring neighbors got us into a church again, after many, many years.  I described myself then as an agnostic, an uncaring agnostic.  I did not know if there was a God, and believed that since no one could know, I wouldn’t bother wasting time seeking.  But, then, fortuitously, people in that church began to care for us and foster our friendship.  We really liked that they liked us, and we liked them.

After filling out a registration card at that nearby church, the pastor visited us and asked me this powerfully relevant question, “Steve, have you come to a place in your life where you can say for sure that if you were to die tonight, you would go to heaven?”  I responded by saying that I was not even convinced that there was a heaven.  He didn’t let me off the hook, and pursued with a second question, “Steve, what if you were to die tonight and stand before God, and He were to ask you, ‘Why should I let you into My heaven?’  What would you say to Him?”  My answer, both flippant and sarcastic (remember, I was arrogant) was, “I don’t know if there is a God, or a heaven, so let’s talk about something relevant, like the Los Angeles Dodgers baseball team!?”

However, I was drawn to find out about the possible existence of God and His nature (if He existed) “what His deal was/is?”  That pastor and others encouraged me to read the Bible.  Other religious friends suggested, “Read our holy books.” Arrogantly (to my shame today) seeing myself as being so smart, and analytical and intellectual, I began to do both, to read the Bible and to read their holy books, as they called them. In the Bible I focused on the New Testament accounts of the life of Jesus Christ.

Over time I became convinced that the Bible is reliable, that God is real, that heaven and hell are real, that God is perfect, altogether different, and yet, remarkably, wanted to have a family relationship with his highest creation, us! But He, being perfectly clean, could not and would not accept me as I was (far, far from “clean”).  I had, by then, become persuaded of the reality of the life, death and bodily resurrection of Jesus Christ.  One persuasive, persisting thought that I had then, was, “Who, ever, would die fora lie, if he knew it was a lie?” Jesus’ death as the full payment for my wrongdoing and the satisfaction of God’s just judgment of me for my offenses against Him and others finally made alarmingly real sense; I was persuaded, but I was not yet a Christian!  For my intellectual belief in the facts, true as I was sure that they were, was not enough.

I realized that I must put my trust in, and depend solely on, Christ’s death for me on that cross, to receive God’s forgiveness and his salvation for me.

However, I further realized that if/when I did so, I could not then “shine Him on”, leading my life as if He had no claim on my thoughts, behavior and intentions, because I then realized the following truth: He loved me so much that He would go all the way to the cross and die FOR ME.  So, I spent a few months looking for loopholes in the Bible, inconsistencies that might allow me to set its authority aside and continue to go my own merry way, as a rebel before this God whom I now believed loved me so deeply and so unconditionally.

For I had offended His standards in thought, word and deed; all too frequently in what I had done in opposition to His highest and best for us, His created ones. “There is none holy, no, not one.” “For all have sinned and fallen short of the glory of God.”

But, I had a problem! I wanted to run my own life, be my own boss, be autonomous, be free of any obligations to others, especially obligations to this God, whom I viewed to be a demanding God. However, over time I realized that He knows all, sees all, loves so very generously, and wants my very best, just like my earthly dad did for me.

After a few very unsettling months of knowing that God had sent His Son to the Cross for me and those like me (that is YOU, reader!), and then me continually resisting His call to trust and follow Him, I surrendered.

My conversion, at age 30, was quite simple. I yielded; I relinquished my independence. I told God, “OK, I give up. You be the boss of my life; I want to trust what Jesus did when He died for my wrongdoing and offenses on that cross 2,000+ years ago.”

This was my coming to Him in faith, trusting in Christ’s death, and that alone, as the full penalty, satisfying God’s righteous judgment of me as a sinner who had offended Him to the max.  He DID forgive me at that  moment, He gave me eternal life.  He made me His adopted son.  He placed me into his family.  I have enjoyed Him, His church, His people, and His plan for the ages, for nearly 50 years now.

I have had 49+ years to consider that decision. It was the best, most important decision I have ever made,when I responded to His loving invitation to receive His forever pardon, His forever forgiveness and to live forever as His adopted son. A new life, not without its problems, to be sure. Near bankruptcy. Loss of almost all we had built up in a 30+ year career. Sleepless nights, agonizing days.

BUT, no regrets.  A purpose for living.  Glue that keeps Joy and me not only together, but with a vital relationship that is satisfying, and fun.  He has given me His perspective when my business crashed, when I was let go from a job, and when I was let go of a second job.  He has given both Joy and me fulfilling and meaningful relationships with people around the world.  Our three children have believing spouses and Christ centered homes.  We are experiencing what Jesus promised, “Life, and life abundant.”  He has sustained me. Given me hope, joy, delight in my family and my future.

Join me and millions of others who have become “Christ-followers” by trusting what Jesus, the God-man, did in paying the price for our offenses against the Holy God who created us. “He, who knew no sin, became sin on our behalf, that we might become the righteousness of God, in Christ.” What an offer! What a swap, what an amazing exchange!

Will you Trust Him as I did? Have you already?

I know why I am here. I know where I am going. I know in whom I am trusting. I have a purpose that spans time into eternity. What a deal!! The business I now steward (God really owns it, as He owns me) is found at www.ocstorage.com.

Will you begin the process??? A link on my business website, above, helps one on this exciting journey. It can also be found at http://www.cbmc.com/gospel/.

As a Christian who owns a business, I am challenged to live out my faith in the marketplace. My friends who want to do the same join me in this wonderful movement at www.cbmc.com.