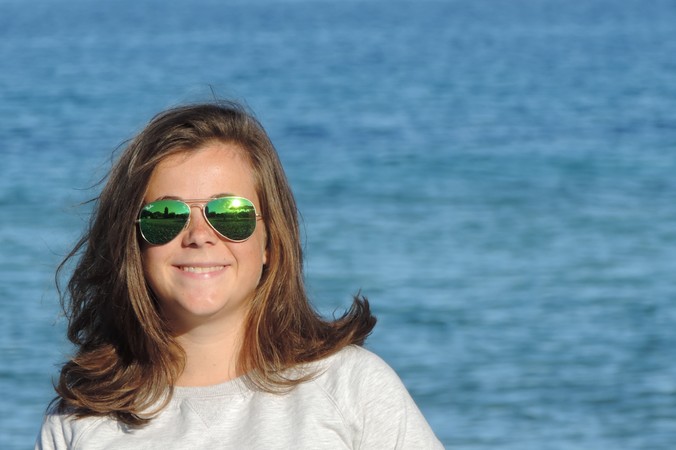 Hi! My name is Anne-Louise and I love life! The story I am going to share is about a moment in my life, where I was a less joyful person…

When I was a little girl, I was stalked twice by a pædophile. You can perhaps understand that these incidences made me afraid of men. I chose to go to a girls-only middle school and, although I dreamed of having a cute boyfriend like any other teenage girl, I mostly avoided boys. When I was 15 years old my parents decided to move from Germany to France. After moving I had no choice but to attend a mixed high school and - surprise, surprise - I became a girl who only thought about boys…

During my last year in high school, I was convinced I had found the love of my life about a dozen times. But, there was this one boy with whom I was really madly in love. I would do anything for him, thinking that he loved me back…

I was just there to fill a void in his life. But, I was blinded by my love for him and by the fear of being alone, that I didn’t realise that I was ignoring the truth. After several months of nightmares and depression, I woke up one night, my mind filled with questions like: how did I let my life become so dark? How can it be that I am always so afraid of everything? Am I really as alone and abandoned as I feel?

Praying became like talking to a close friend and I felt a little better and less alone each time. Then I realised that, though I believed in God since I was a child, I had pushed Him away. I wanted to have complete control over my life – but I wasn’t succeeding. I had turned my back on God because I wanted to focus on being the most worthy girl for my boyfriend by doing what he demanded.

I felt guilty. Guilty of being selfless by letting someone use and hurt me and, at the same time, selfish because I didn’t want any help.

So I asked Jesus for forgiveness.

Life changes when you can rely on someone. And believing means relying on God. It is obvious to me from my experiences that I cannot rely on myself, but God is crazily powerful and infinitely good – He is, and always will be, the only one who is faithful.

I made the choice to trust him entirely for everything. You should know that it is worth trying because God cares about you. You just need to trust.