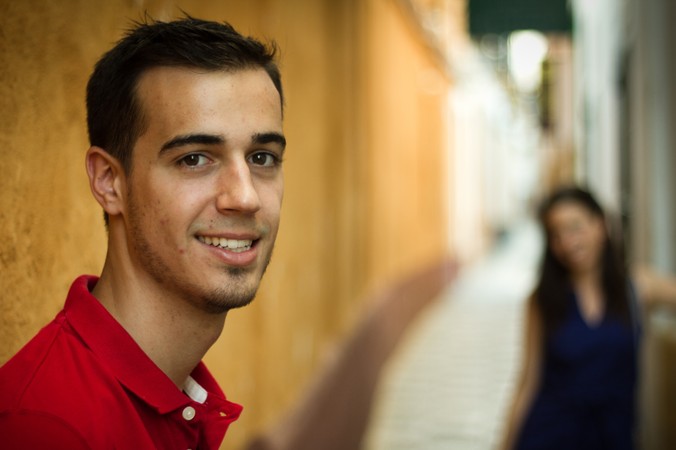 A life-jacket in a sea of doubt

I have to confess that for some time I though the most honest I could do was to consider myself as an agnostic. How could I know if God really exists? As I came to the teenage, I start drowning in a sea of doubt regarding my beliefs and the meaning of my life. And after an entire “christian” childhood I found myself for the first time seated on a corner of a totally dark room talking to a diffuse image of God and asking for answers.

It is funny that as a child, you take over the faith of your parents as if it would be already yours. But it comes to a point where everyone needs to make his own decisions. To know that I was not a Christian for the mere casualty of being born in a Christian family turned to be my obsession.

I used to think that before having answers for all my doubts I couldn’t be 100% christian and this thought paralyzed me. I also didn’t understand why if God wants me to belief in him, it was so difficult. So, the question maybe is: what kept me afloat? It’s not that I got all the answers…

I realized that the Bible and Jesus insisted that faith and belief plays a roll and that having all the answers was not even supposed to be the way. I observed gaps and unanswered questions on all the other alternatives to Christianity that I could figure out. But an unending “who knows” was also not satisfying me or leading me anywhere. I came to the conclusion that nobody is totally objective and I just had to be subjectively convinced.

In that process I realized that although I had some fair questions, I also had some fair answers to others’ questions. Who was this man called Jesus? Was it easy to deny his existence? Was it easy to deny his virtue? Was it easy to deny that something very strange and especial happened as he was in the Earth? Could it be that what I always believed would it actually be true? At some point this would solve many of my questions and deepest needs and the only thing which was keeping me apart was my limited brain and a weakened faith that told me it was too “incredible”. As John Stott said in his book “Why am I a Christian?”: “The correspondence between my subjective need and the objective offer of Christ seemed to close to be just a coincidence”.

So I could say that Jesus turned to be my life-jacket and the best answer to all my questions. Are you also in stand-by because of your many questions? Have you ever considered Jesus? Does it also seem to you just "un-believable"? It is unbelievable!