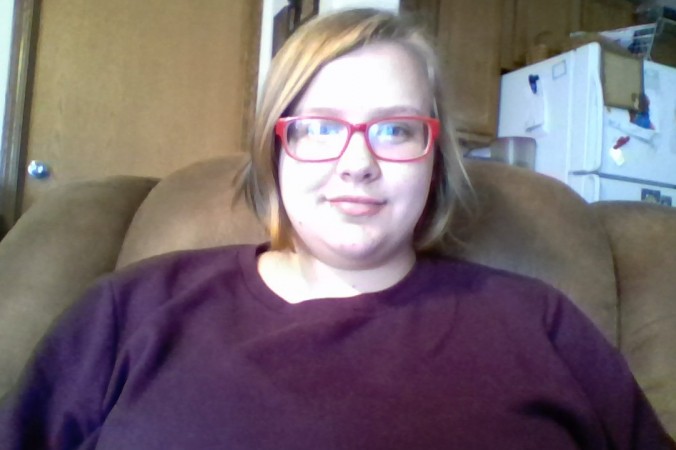 My name is Alivia Taggart, I'm 15 years old and from the United States. I never truly had any big plans, all I knew was that I wanted to get married and have a son. I have always wanted a son, even at a young age.

One night in late January 2017, I was staying at my grandparent's house, and I had gone to my bedroom early and laid down, as I wasn't feeling well. All of a sudden, I began to have stabbing pains in my lower abdomen, specifically my right side. I was laying on that side, so I moved to lay on my left side, to try to alleviate the pain. The pain remained constant, as if someone was stabbing me in my side repeatedly, and there was nothing I could do to stop it. I tried getting up and I realized that I couldn't stand due to the insane amount of pain that I was in. I began hitting my fist off the wall above my head to try to attract my grandmother's attention and help. Eventually, she came down the hall to my room, where she immediately helped me to the van. We went to get my mother from her house (2 miles away), then to the local Emergency Room (ER). At the ER, we were immediately sent to a room. They did x-rays, a CT scan, blood tests, and urine samples. After 4 hours, the doctor came in, and gave us news that no teenage wants to hear.

As a 15-year-old who, one day, wanted to have a son, the worst news that one could hear would be that she has ovarian cysts. I was told, January 29, 2017 at 12AM that i have growths on my ovaries called cysts. Ovarian cysts come in different kinds. "Follicular cyst – The most common form of ovarian cyst. A follicular cyst develops when the egg inside is not released. Endometrioma – Also known as a chocolate cyst, an endometrioma forms when a piece of endometrial lining travels backward through the Fallopian tube and attaches to the ovary. Every month, when a woman’s uterine lining bleeds, this piece of lining bleeds as well. It eventually burrows into the ovary itself, forming the cyst. This type of ovarian cyst indicates that the woman has endometriosis. Dermoid cyst – A dermoid cyst is a benign cyst that can contain several different types of tissue, such as hair, fat, and occasionally bone or cartilage. Hemorrhagic cyst – This term indicates that the cyst contains blood" (Texas Fertility Center).

I was told that I have an abnormal follicular cyst. My egg was still releasing from my ovary, but it was not a mature egg, and the folicle that was supposed to only release a mature egg wasn't working properly, and continued growing after it was supposed to discard itself, causing the formation of a cyst. The normal cyst will go away after 2-3 cycles, but mine are, again, abnormal. They go away with every cycle, and come back, every cycle.

We left, and I went to grandma's house, still having medicine in me to relieve the pain. The next day, because I didn't get home until 2 AM, I didn't have to go to school. I did my work from home, on the laptop, but I took a break to research my new condition. I did my research, and ovarian cysts can cause infertility. I called my doctor, and he talked to the ER doctor.

The ER doctor responded quickly. Normal Follicular cysts don't cause infertility, but due to the fact that mine are abnormal, and that it was releasing immature eggs rather than the mature eggs, I have a high chance of being infertile, up to 90%.

The Day I Found Out I Could Be Infertile

I sobbed. I never truly wanted something more than to have a child, a son. Even though I was only 15, the idea of me never being able to have a child, it was horrible. I feel terrible every time I see my crush at church, knowing that, even if my 'dream' crush would notice me and we would fall in love and get married (classic fairytale, I know), I would have troubles providing him with a child, it makes me feel hopeless. It makes me feel like not enough. It makes me feel incapable. I want to be able to tell my friends how I feel, but I always get that deep, terrible feeling in the pit of my stomach that says that they wouldn't understand and that they would brush me off even though I truly know that they are always going to be there for me, through my hills and valleys. I am so afraid that I am going to meet the perfect man (to my standards, of course. No man could reach God's standards), and that he will want to have children. How does one tell the love of their life (once they meet them and they go steady for a while) that there is a very low chance that she will be able to give him the children that he so desires.

Where Did I Turn?

First, I turned to the Story of Elizabeth, Zechariah, and John the Baptist (Luke 1:5-25, 57-66). Elizabeth had not been able to become pregnant, and so Zechariah and Elizabeth had prayed for it for years until they gave up. After giving up, Zechariah was chosen (by drawing lots) to go into the temple and perform the incense offering. There, an angel told Zechariah that he was going to have a child. Then I turned to the story of Abraham and Sarah. Sarah was also 'up there in years' and they were told that they were going to have a son. Sarah scoffed, and Abraham, due to the doubting, ended up having a son with Sarah's handmaid, then Sarah became pregnant.

Well, this was all about becoming pregnant in the end. I'm only 15! I don't need help with trusting God to give me a child as soon as possible. I needed help overcoming my sorrows. I googled it, and I was given Matthew 5:11, in which Jesus, the Son of the Almighty God says, "Blessed are those who mourn, for they will be comforted." I constantly bring that verse to my mind, knowing that even though I still mourn the possible loss, I will be comforted by the love of Jesus.

With all this, please remember that my main focus through this ongoing trial was not about becoming pregnant, having a husband, or anything to the human standards, but it was about my strength in GOD to pull me through this trial, and to show His will in my life.