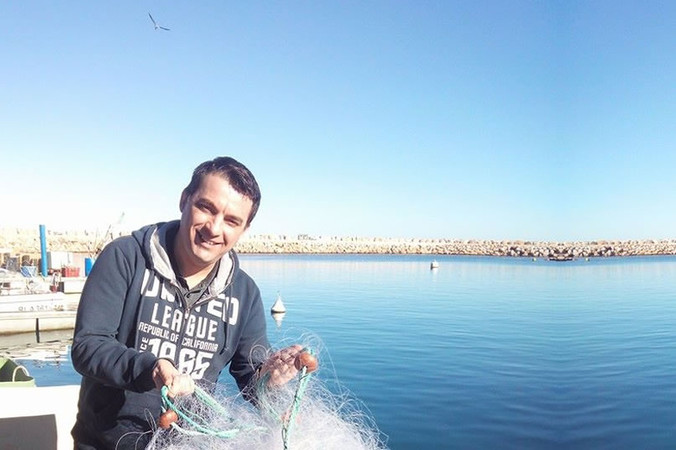 In 80’s my dad and my older brother were unemployed. The end of the months were very difficult. So my mum became a sole practitionel by doing psychic reading, in order to funnel money at home. She opened her own consulting room.

The atmosphere at home was rather streched out. It was a conflicting relationship between my dad and my mum. Several times threat of the divorce was here. My older brother consumned lots of drugs and alcohol. Between him and my dad, things were not adding up in a big way.

On my side, I suffered from a deep unease and I made off American boxing and karate to unwind. Fastly I earned my black belt and so my club’s officers saw in me a french hope.

My mum had many clients and was recognized for her divination’s gifts. She also practised pendulum, cartomancy and others…

One day, a girl who was a tarot-reader asked to my mother to join a spiritualism internship, in order to be in contact with the hereafter. She immediately accepted because it was a good opportunity for her to increase her clients and incomes. That evening, when my mother came back, she was nice. She just found out a practise which was gonna generate more money.

In fact we got more clients, money also… but strangely, we met more and more problems. And those were expensive for us. Moreover it was like our money was cursed with a fightful. We were not able to get ahead financially. And then, we began to live strange phenomenons at home : objects were on the move, and sometimes pieces of furniture. We began to hear some noises like knocks in the wall.

I also played the sorcerer’s apprentice. But strangely phenomenons occured in my bedroom on the night. On the night, invisible hands stroke me and shaked me. And after a few months I lived phenomenons of split personality. I lost my self-control. Sometimes, on the night, I was gripped by violent terrors. And during long months, I suffered from insomnia. Cathy, my little sister who was 6 also suffered terribly from the occultism.

But in a morning of February 1985, God intervened in my family in order to rib of. This morning, at 6h00 am, I heard a voice which drove me on the windowstill. A strength looked in killing me and another voice looked in safing me. I resisted to this voice which wanted I jumped out the window. I listened this other voice which pushed me to cry to God.

On the knees, for the first time in my like, I prayed, or rather cried to God, imploring his help. I told him : “God, I don’t know who you are, I don’t know if you exist. I don’t know if you are Bouddha, Mahomet or Jesus-Christ, but I speak to YOU who create heavens and the earth, if you exist, I’m begging you : save me !” Suddenly, my parents came in my bedroom. I was here, discouraged. I could read in the eyes of my parents this feeling of powerlessness.

Fastly, I left home, be well determined to find some help. I made my own private promise not to return to this house which was for me the evil’s house. I had to find somebody who agrees to accommodate me, friend’s parents perhaps. I roamed in the streets of the city during several hours. And then, around 9h00 am, I met a group of young, Christians, who distributed brochures about faith in Jesus. One of these tracts talked about the full conversion of a gang chief of NY whose name is Nicky Cruz.

It was had for me to believe. I rather thank it was a swindle. And whereas I read the story of the transformed life of this former hooligan, all of a sudden, I had the deep conviction that it was God who scheduled an appointement.  So I turned around in order to talk with one of this young. I just shew up and explained my story and the home situation.

A man explained me that my family made an abominable thing by practising occultism and my family was now under the curse. He explained me that Jesus came and gave his life on the cross for breaking our curses and especially for forgiving our mistakes and changing our lifes and giving us a new life. He opened his Bible and read me the passage of Deuteronomy which says : “There shall not  be found among you anyone who makes his son or his daughter pass through the fire, one who uses divination, one who practices witchcarft, or a soothsayer, or one who interprets omens, or a sorcerer, or one who conjures spells, or a medium, or a spiritist, or one who calls up the dead. For all that do these things are an abomination unto the Lord.”

This guy invited me at a meeting on the evening. As I went and when I came into this evangelic church, I immediately felt the Jesus presence strongly. It was awefull, what a love and what a grace! The spiritual powers which tourmented me shew themselves. My body trembled. But as soon as the pastor prayed for me in the name of Jesus, I was delivered. I experienced a real delivery.

That night, when I left this church, I knew that my life would never be the same. I just received Jesus as my Savior and I asked him for becoming my Lord : that is to say take control of my life. I was convinced that all my mistakes were forgiven.

After this meeting, I came home in order to proclaim this good news to my parents. The pastor also visited us and explained what the Bible says on the occultism. In a few days, everything changed in our family. We all turned toward Jesus. All our family has been forgiven, freed, purified. I can say : Jesus all saves us!

How this arrogant agnostic believed