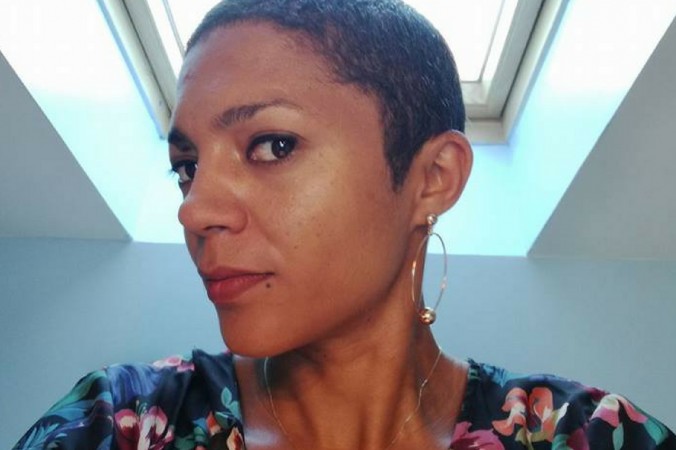 Raised in a christian family in France, I was paying attention to women conditions, rights & freedom as it seemed that the women around me were unhappy: Sadness were covering their faces.

In the Bible, it says "Women, submit to your husbands". I remember reading this partial sentence over and over again without even trying to understand the context. The more I was reading it, the more I was irritated. Angry at God, I harbored this overall indignation against the church.

I began to have a deep disdain for women that seemed to me very "weak". I had little compassion for women being abused by their husbands or for those who aborted their children: Why did they keep living with their husbands? Why weren't they responsible women?

I wasn't gonna be as weak as them for sure. About myself, I thought that I was a strong woman who did not need God at all. And how could I have accepted a God who does not love me as much as a man anyway?

At the age of 19 years old, I moved to Paris to study and to start my life. I felt that I was finally free, having the strength of a warrior: I was brave enough, fearless, and a hardworker woman who could do whatever I wanted to in life, I thought. But what I didn't realize at this point is that I mostly needed to feel loved and accepted.

Prison of the mind

I started quickly to be in a relationship with a man that gave me this feeling of being loved and desired but my gender was somehow difficult to accept because for me being a woman was a weakness and I wanted to be strong.

Quickly, the devil started his job whispering in my ears that maybe I couldn't have children. After all, I didn't like my gender & God would punish me for turning his back on him. God was for me a heavenly father who punishes, who oppresses, who scares his children, nothing else.

So I started to be extremely irresponsible: One sin brings many others. As human beings, we sometimes open small doors one after the other to end-up in hell in our own minds.

Within a few years, I became 3 times pregnant and aborted 4 children: the exact number of children I wanted to have when I was young; the devil had laughed loudly I'm sure. I was not with the right person, got beaten, had no money (…) I thought. But at the same time, I wanted to have children, I wanted to be a mum.

I was so confused, scared and felt pretty much lonely and angry at me and at others. I felt that nobody cared. I wanted to have a real conversation with someone about my situations but I find no one. In France, this is taboo. Nobody really talks about it, daring asking questions. It is easier to avoid this embarassing subject instead of caring for others, isn't it?

After all, I was a strong woman dedicated to prove that women can succeed in life as much as a man. Wasn't I? But pregnant women, children, everything reminded me of this emptiness, of my loss, of this blood, of those women in line that couldn't make eyes' contact when they were waiting for their abortions and this deadly silence in the room.

Then I remembered God as a distress call. I wanted to know the truth because perhaps I was wrong: The definition of a strong woman were maybe not what I thought it was? & I had nothing to loose because I was dying inside even though it wasn't something people were aware of. On the outside, I looked pretty ok.

I was looking for truth; I needed to understand who I was; I realized that maybe I needed guidance. But Who? Nobody wants to talk about difficult stuff that confront us with our own behaviors. Liberal friends would tell that this is fine even if you don't feel it right but why can't we forget then? why our mind is in this mess? Why are we so much trying to convince ourselves? I started reading the Bible, going to church now and then. I was so afraid of the church. The church was for me everything I hated the most: oppression, judgment, hyprocrisy.

But God gave me grace to discover the Gospel of Christ for the first time at the age of 26. I began a process of healing through forgiveness: Forgiving religious people who oppress, judge and punish – rather than showing the love of Christ – and forgiving myself, which was more difficult. I was the one who was condemning women like me when I was young. But through the process of forgiveness and the power of love, I had been able to make peace with God knowing that I was a beloved, desired woman, with a destiny and got baptized at the age of 27.

Since I'm not at war against God anymore. I don't have anything to prove to men or others to know my value and worth. I could accept to be a woman knowing the love of Christ for women, men, children. I learned that God cherishes life from the youngest to the oldest and that even in the worst situations, choosing life over death becomes a blessing for the ones that chooses it and for others around them. Let's not listen to the madness of this world; this is when we choose life and choose to love, despite fear or hard situations, that makes us strong women of value (Jeremiah 1: 5, Galatians 1:15).

Having a true relationship with Jesus Christ, I experienced the joy of being someone at peace liberated from this religious or societal prison.

If you are a woman who has had an abortion, know that, by Jesus, you are loved and forgiven. Learn to receive the love of Christ and to forgive yourself! God loves you and wants to restore you fully (John 8: 7-11, 1 Corinthians 13: 4-8).

God has a perfect plan for us all. To live fully, please consider to stop being at war with God, with yourself, your gender, your condition or people around: Fight against fear & anger by choosing Life through Jesus and you will get something that no one in this World can give you: Real Peace of Mind! God bless you. Amen!