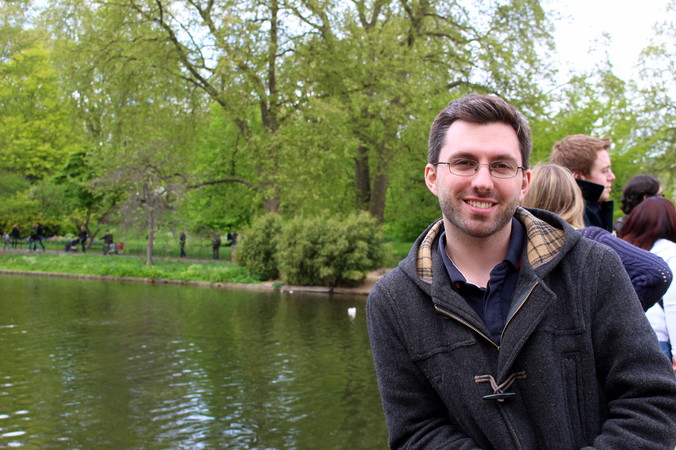 I became a Christian at university, drunk and sitting under the stars.

When I started university I was just a normal British student, along with a lot of my peers I hadn't yet had to work too hard to get where I was. Young, fairly intelligent and kind of drifting through life. While making friends I met some Christians who quietly began to blow me away. My family and I are a little pretentious, in a good way, so I was used to conversations about history, religion and morality but these guys told me that they had a personal relationship with Jesus. As in, they expected him to interact with them. I thought it was bizarre but intriguing and although I wouldn't have said so I think I was a little jealous. Another striking thing about them was the way in which they extended a quality of friendship and loyalty that I hadn't experienced outside family.

Fast forward to the end of the academic year... and it's the last night of term, which means it's party time! The plan was to go out with mates, get drunk, attempt to dance and attempt to find a young lady - in increasing order of difficulty. About half way through the night, as we were sitting at the bar, I experienced the first of two spiritual revelations. I looked up from my pint as if looking at the room for the first time, and it felt stale. Like a cheap kebab. Nothing particularly terrible was happening but it felt so empty, so pointless. We were all just doing the same thing again and again: getting up, going to lectures, going to bed, getting up, going to lectures, getting drunk, going to bed, again and again on an endless treadmill. And the worst thing was that I felt intimately connected to it all: I was empty, terribly, terrifyingly empty. So I got up and without a word to my mates left the bar and began walking on autopilot.

Nearby to the students union there was a little wood which I had to walk past every day to get to lectures. Finding myself there I sat down by a tree in despair. As I sat there and looked up into the sky I could feel God's presence, out of reach amid the stars. I'm going to warn you now, the story gets odd. I don't know if you've ever felt the Presence when you're sitting alone outside at night but he was up there among the stars, out of reach, just looking, listening, waiting. Which is when I had the second revelation of the evening: I was empty because I had ignored him. So, half instinctively and half remembering what my friends had been telling me I blurted out, "Please forgive me for ignoring you and be with me forever." As soon as I began speaking the presence out there left the stars, came into me and filled my heart. I knew he was with me, so I knew that he had forgiven me and would never leave me. My heart swelled and I began to cry again. Different tears this time though.

And the funny thing is, when I woke up the following morning I didn't even consider the possibility that it was just a strange thing that happened when I was drunk, one more in a long list of strange drunk things. Like my friends, Jesus had introduced himself and now I knew him and the world I woke up to was full of colour and purpose.