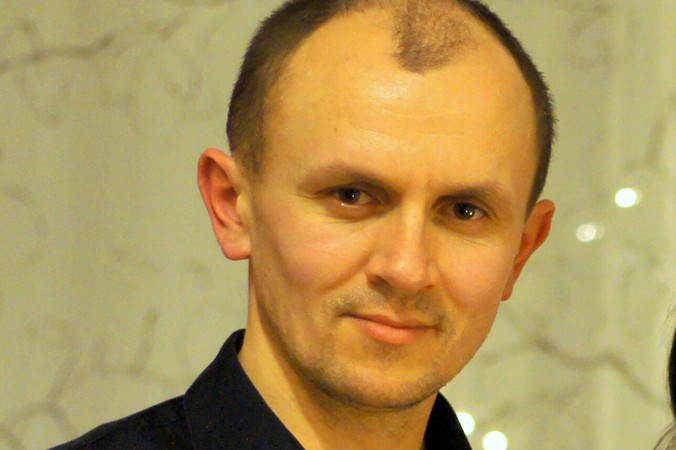 He found me, saved and changed!

My name is Vitalie. I was born into an Orthodox family and I heard about God from my grandmother. She teached me what I have to do, but nothing about His Love for me. As a child I’ve been told that if during a day I manage to do 3 good things for 3 different people, God will forgive all the sins I committed during that day. So, I was trying hard :).

As a teenager, under the influence of one of my teachers in school, I started to believe and tell everybody that God doesn’t exist, that I was my own god. I used a bad language, considering it to be a trait of a “real man”.

Not long after that something changed in my mind. All kind of questions were coming in my head: What if I am wrong about God? What is going to happen to me then? Why am I living on this earth? Who am I? (this was the hardest one). From that moment I started  to pray every night, but my life was not changing at all – I continued to like sin.

The big change came at the end of my second year in the University. It was 2001. I’ve been invited to a meeting organized by a Christian Organization for students called New Life (Campus Crusade for Christ’ ministry in Modova). There, for the first time in my life, I found out about God and His Love. I started to attend these meetings and after a while I believed in the sacrifice of Lord Jesus Christ and received salvation in His Name!

My trust and love for God was growing the more I knew about Him! I became part of a discipleship group. I started sharing with everybody around me about God’s plan for salvation. Thus the Lord helped me to get free from bad language and lies.

He found me, saved and changed! Thank you, Jesus!