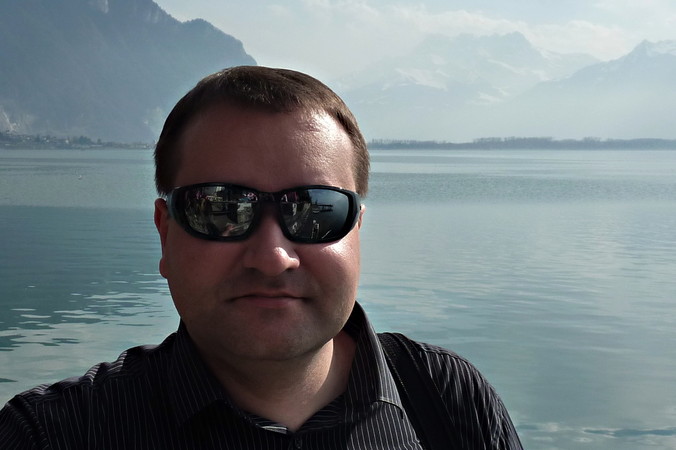 I remember soon after Latvian independence in 1991 many people started freely and casually talking about religious things. I was still in high school and as a typical teenager I wanted to be 'cool'… Well, it became sort of 'cool' to say that you have a godmother or a godfather, but I couldn't, since our family never got baptized. After a while I felt a bit jealous of others, of course. I told my mom, “We [I] should get baptized!”.

By then I didn't know much about religious things, like baptism or confession rituals, although I like to think that I believed in my own way that there is God, who knows everything about me… Back then that was a scary thought to me and I was looking forward to officially be 'sanctified' during baptism process. I wasn't sure though what that meant. I liked the idea of being 'clean' with God, I guess.

Well, now imagine me during the ceremony hearing the words “This is the only time you're allowed to be sanctified without confession.” I thought to myself “Oh, cool!” Although I still didn't know what that all meant. Later during the ceremony, without any explanation, I was told to turn somewhere and repeat several phrases in old language… I was laughing inside. I've never experienced two emotions simultaneously before: laughing and being serious at the same time. Weird. But, because of this experience, I said to myself, “No religion for me, thanks!”

Later, as a university student, I was very busy with friends, with living and studying, of course. ツ Although I was satisfied with my life, there were many afternoons, especially on weekends, when I felt uneasy, almost fearful of the future. This 'un-peace' was following me for a while now…

Around that time I got a chance to know some new people. I soon learned that they were Christians. “You know, they are normal!” I shared with my friends one day. While enjoying the company of my new friends, I learned more about why they believed in God. It was a revelation to me that their faith was based solely on Bible and what Jesus Christ did and told about Himself, and why He had to die for each and every one of our sins. I realized that was a pure message without religion, without rituals and I enjoyed hearing it, even though I felt a bit nervous about the whole “Jesus as personal Savior and Lord” thing.

That little nervousness, which from time to time I still experience, was a small emotional expression of taking my first step of faith… Many years since that time I still enjoy listening and talking to Jesus Christ as a personal friend, who is faithful to me like no one else. The peace that He gives me through this relationship is hard to put in words, maybe because it isn't based on my circumstances or anything that I did or do, or will do.

How about you? Do you sometimes experience 'un-peace' that shakes your soul a bit? I think God wants you to enjoy this life with such peace, which surpasses our human understanding. Drop me a note if you can relate to my experiences or simply if you want to take a next step in learning more about a personal friendship with God…

P.S. …or you can start clicking some links around to read and learn some more, for example, starting with the link "Learn more about Jesus".