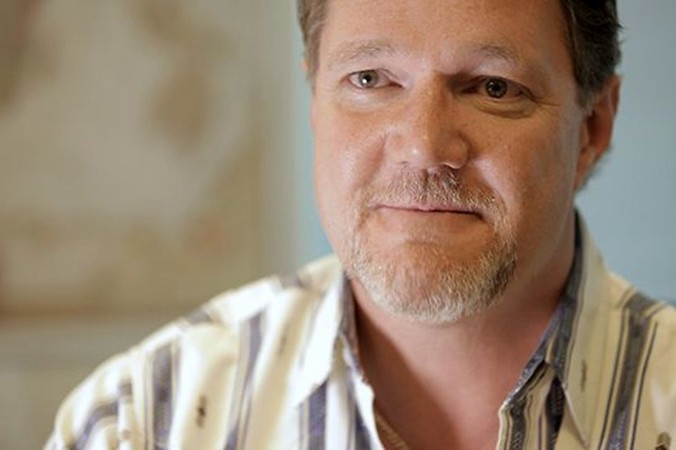 I grew up in a very poor environment and had a stepfather that was an alcoholic and somewhat abusive to us kids. And I used to spend a lot of time at my grandparents’ place out on the farm to get away from the abuse of our stepfather.

One day my grandparents who I just loved and adored were murdered and that was really tough on me. I rebelled. I was sixteen at the time. The fellow who murdered my grandparents was actually my uncle, and I really had to get around this whole forgiveness thing. You know, I wanted to be forgiven, but I wasn’t prepared to extend grace and forgiveness to my uncle who had murdered my best friends. And until I did that, I can’t tell you the release. It’s amazing. I do. I totally forgive him for what he did.

One day my brother approached me and said, “I just became a Christian, and I think you need the Lord as well.” And I knew in my heart that I did. This was when I was about 21 years old. Everything that he said was just tugging at me and I accepted the Lord and went back to the Banff Springs Hotel where I worked as a steam engineer in the power plant, and I had the Bible that Henry had given me, and I had it hidden in my desk drawer because I was embarrassed to let anyone know that I was a new Christian.

But I really sensed God saying, “Tory, you really need to get out of this environment, ” because it wasn’t healthy. I was partying a lot in Banff. I just remember reading my Bible and saying to the Lord in my spirit—in my heart “I can never quit this job because it pays too well.” I said the only way I’d ever quit was if there was a gas leak. At that moment a core sample fell out of the ceiling and sheared a gas line, and I tell you, God had my attention at that point, and it wasn’t too long after that that I had put my notice in and moved to Calgary and met my lovely wife at church, and the Lord’s got ahold of me ever since.

I took a job early in the building supply industry and I always listened to customers, and when they said they had a problem more than once in one particular area, I identified that there might be an opportunity to develop a product there. I started small, but developed products that, you know, were 2 or 3 dollar products, but ended up putting them into distribution and selling them all across North America.

And I had this idea that if I heated a skate blade, that I could reduce friction and that would allow the user to skate with greater ease and more energy. And so I ended up developing it with a bunch of associates. We developed a heated skate blade. Our product was in the National Hockey League, in the training camp, but we got shut down right in the middle of training camp. So it was devastating.

But as an inventor, you know the risk before you get in. I certainly learned a lot from that experience. You know, sometimes, I looked to God and said, “Lord, I thought this is what you wanted me to do.” I was convinced even to the point of quitting a joy that I was very secure in. And I can’t say I blamed the Lord, but I was really confused. I was certain and I had the support of many, many professional hockey players and business people that also said we were going to make it. So it was a very confusing time.

I don’t know how you develop a product or do anything big without Jesus Christ. I really don’t. I mean you have the creator of the entire universe that lives inside of you that can do anything.

But looking back, I can see now how God knit together these events to make me a better person today, a better businessman today, and I think a better husband and father.

I think we sometimes take lumps that we don’t understand today, but we can look back and say, “OK, I see it now.”

If you have any questions, I’d love to connect with you and help you on your spiritual journey. Just send me a message.