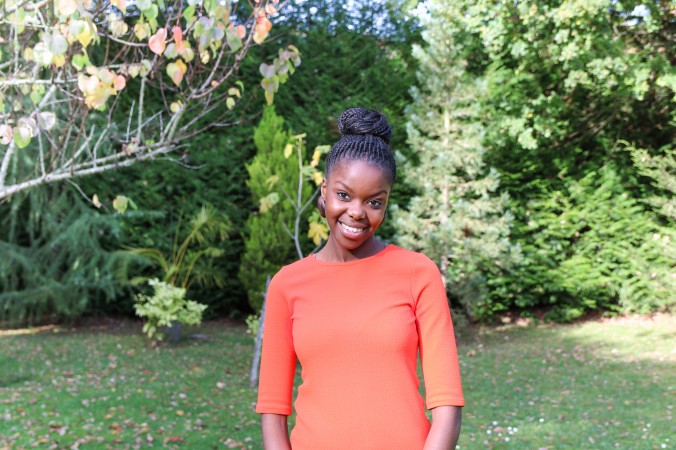 From rape to freedom in Christ!

My name is Sarah Koyaotto and I am going to tell you my story.

I am the fruit of an adulterous relationship; my father was secretly married when he met my mother. In the aftermath of my birth and a family tragedy he left us. I grew up with my mother and her five children from a previous relationship. I only had my big brother and my uncles as a father figure. In spite of his absence I had a nice childhood but it has been dreadfully shattered as I was raped from the age of four to thirteen.

As a single mother, she earned a living through a series of odd jobs because she wanted the best for us. As often, she would send me on holiday to her cousin’s home who lived in the countryside of the south of France with animals, a vegetable garden and a swimming pool, everything I couldn’t have in the Parisian suburbs. I really loved to spend my holidays there because I had the affection of the family, an idyllic setting and an uncle with whom I could play, learn to tinker and garden. Things I dreamt to do with my father.

The sexual abuses started in a subtle way by touching me while playing. I did not quite understand the meaning of those acts but I reassured myself which triggered in me, as I grew up, a mental conditioning.

The more I grew the more the touching worsened and it’s through media and school-based prevention programmes that I realised I was victim of paedophilia. He had a hold on me because he was a man of great influence in my family and that kind of subject was a taboo. It cost me a lot not to speak out, as I became a young woman I was burdened with the silence facing the abuses and their consequences. I was frustrated, withdrawn, misunderstood, sad, violent and rebellious. I turned to alcohol, cannabis and cigarettes at a very young age.

Then one day in my teenage years, I broke down and I denounced him but the following events crushed me. Despite a court victory my mother died of cancer 4 months later. It was a downward spiral for me: family breakdown, suicide attempt, psychiatry stay, I had lost my bearings. As I was raised in Christian faith I remembered testimonies of Jesus’ impacts on lives and sermons I had heard at church. I was expecting a miracle from Him. However, I was struggling with my faith and my relationship with Him because I did not know what a father’s love was. In reality, I was so used to suffering that I was not giving Him this role in my life.

I then continued my journey while trying to mask my traumas but unfortunately the sequels were too prevalent in my life. Indeed, one day, I found myself paralysed by muscle pains. I have been diagnosed with fibromyalgia: a disease often described as psychosomatic and called the disease of “the wounds of the soul” thus with no effective therapy. With this verdict I understood that God through Jesus was calling me back to Him because only Him could heal broken hearts and set the captives free. I had reached the end of the road and so I cried out and longed for Him by praying with whole my heart.

He turned my life upside down and changed it in less than 2 years. Believing in His Word, I have been able to experience His power and influence in all areas of my life thanks to His presence and love. He rewrote my story and helped me to forgive and to love myself. I agreed to trust Him and I finally give Him his Father’s role.

Today I am healed, happy and in peace. I live my dreams, I am free from my chaotic past and I am a happy wife.

As you read this message, know that everything is possible. Having faith is a good thing but experiencing it is better! Jesus Christ is still at work!

Do you recognise yourself, even a little, in my testimony? Do you feel you need to talk and have support? You can write to me and count on me for help.