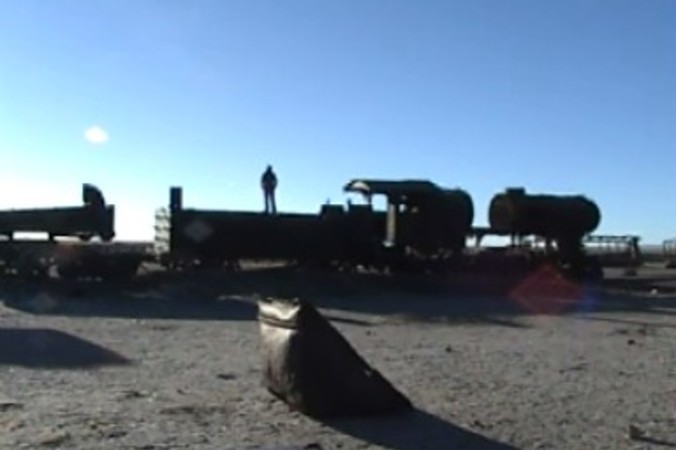 Being born in a Christian home doesn’t make you a believer. I was seven when I made a decision for myself to follow Jesus and give him my life. This was only the beginning of a life of adventure & challenge, and of getting to know Jesus better. There have been a number of key points so far along this journey when I can clearly see the difference it has made having Jesus in my life.

The first time was when I was far away from home travelling in South America. For years I had continued to struggle with unhealthy relationships with guys and found that yet again I felt I was back at square one. The place I was visiting was known locally as the train graveyard – where trains went when they were no longer of any use. This image fitted perfectly with how I felt in that moment – worthless. I was standing on the edge of a salt plain where you could see for miles to the horizon in each direction. It was then that God reminded me of a verse in the bible – “as far as the east is from west so far has he taken our sins away,” and from where I was standing that was far! I know that my identity isn’t based on what mistakes I have made or the times I think I have got it right. My worth comes from God alone & is found in his love for me.

The second time was the day that my Dad died. That day and in the weeks that followed I experienced a deep inexplicable sense of trust in God that went beyond my understanding. On that day it mattered more than ever that Jesus died and rose again and that he defeated the power of death – otherwise there can be no hope of an eternal future together in heaven. My whole world had changed – even my relationship with God was different. God hadn’t changed – he was still sovereign and in control – just that my trust in him had been tested.

Today, my faith in God is not because it’s what I have been brought up to believe, or because it is an easy option but because if God isn’t real then nothing else makes sense and there is no hope. My faith isn’t at the surface level as a take it or leave it part of my life, it is a deeper trust in God’s goodness and love for me.

When I think of Jesus, I think of his sacrificial unconditional love for me. Because he walked on the earth he can identify with me in my temptations & in my pain. And because he suffered in my place, he can comfort me in my suffering. But ultimately he also paid the price so that I don’t have to.