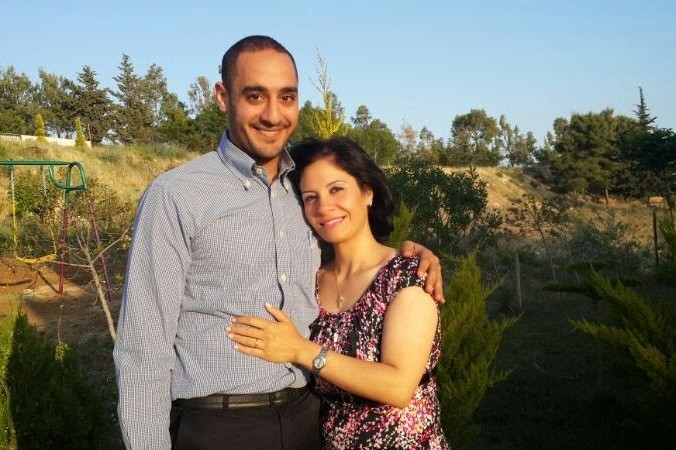 While I grew up in a Christian home and heard the gospel many times at home and church,  I accepted Jesus Christ as savior until July 6, 2003 at a Christian conference in Egypt.

I was born in Egypt, spent five years in Libya, and then lived the next seventeen years in the United Arab Emirates (UAE) on the Persian Gulf. In high school in the UAE I began making friends who had a bad influence on me; slowly but surely , I became more spoiled, started doing things more and more that I knew were wrong until it became nearly impossible for me to turn around and say “no” to things I knew were wrong. Consequently, my relationship with my parents fell apart, I stopped listening to them, I stopped talking to my dad for long periods of time which led me to quit university as I wasn’t doing very well anyway. Eventually, I had a big fight with my dad and he threw me out of the house which forced me to rely on myself. I went to Libya for a month to try and find a job, but found nothing so I returned to Egypt. Meanwhile, my mom for six years prayed daily for my salvation.

Upon returning from Libya I went to Cairo to live with my aunt and she invited me to a Christian conference. While I did not want to go and rejected her offer a few times, she was so insistent I finally went so that she would stop hassling me.

On the second day of the conference while I was outside smoking, I felt I could not finish my cigarette, though I did not know why and went inside the conference hall. After the service finished, the man sitting next to me explained the power the Holy Spirit has in changing lives and the importance of having invited Christ into one’s life. While he did not explain the full gospel message to me, he did share how he used to live before coming to Christ; his story seemed so much like mine!  He used to have friends that were bad influence on his life and told me how he came back to Christ several times after these friends would get him away from his path with the Lord; his final decision was to quit going out with these friends, to stick to the church and new friends that can strengthen his faith and live a pure Christian life for Jesus. His testimony encouraged me so much and through the power of the Holy Spirit that night I accepted Christ in my heart as my Lord and savior as I felt God was giving me another chance to come to him.

That night I slept without fear and God released me from the fear of death that had kept a tight grip on me for six years. During this time I often did not sleep peacefully because I knew if I died and didn’t have Jesus Christ in my heart as savior, I would go to hell.

When Jesus came into my life I was released from the bondage of smoking, drinking, and sexual sins. I grew spiritually, my relationship with my parents was restored, I made new Christian friends, and found a church home.

Before coming to NTCGS, I served by reaching out to university students with the gospel of Jesus Christ. My ministry vision is to reach out to young people in the Middle East.