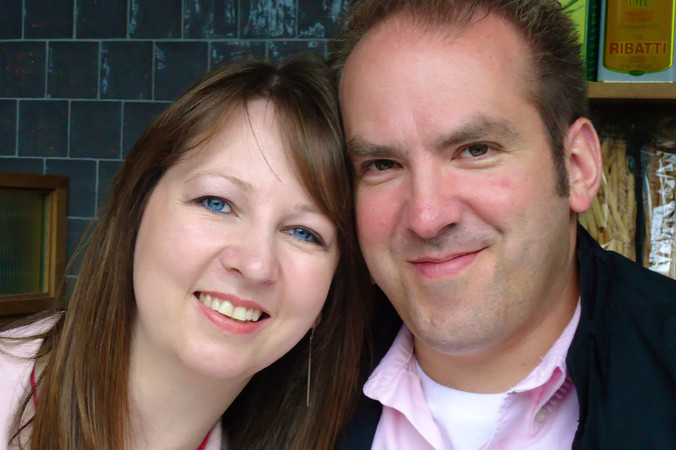 Our story: what honeymoon phase?!

Paul: No one ever said it to us directly, but a good number were thinking “aren’t you too young to get married?”  Maybe we were.  All our friends were still at university, we didn’t have much of a plan (or any money), but we were madly in love and convinced (as the song goes) that love was all you need.

Lesley: We knew spending our year’s engagement 350 miles apart wasn’t going to be easy and communication was tricky, but we were sure that once we were married, all our problems would be behind us.  Looking back, we were the fatal combination of ignorant and arrogant:  Ours would be the perfect marriage.

It didn’t take long for the cracks to show; in fact we didn’t make it through the honeymoon without realising we had some very different expectations regarding roles, time, sex, friendships… pretty much everything, it felt.  We were both living in a new city without our old support structures of friends and family around and it felt like life was falling apart.  On the outside we were putting on a good show as the “newly-weds”, where everything was marital bliss; but inside the front door, communication had broken down and we were both secretly wondering if we’d made an irreversible mistake and whether there was any way through and out the other side.

We did have one thing going for us, though.  We were both pretty convinced that Jesus could help us out.   We’d both seen our faith make a difference in remarkable ways before, but this really felt like it was stretching the boundaries of what God was capable of.  Could he really put a marriage back together amidst our stubbornness and hurt?  Could he get it off the starting blocks that we were stuck on?

We prayed.  We didn’t really know what else to do.  Mainly by ourselves, but over the months, increasingly with each other.   The more we prayed, the more we started seeing ourselves and each other the way God did – not covering up the bad parts, but recognising them as a work in progress and finding his power to give grace to the other, rather than just seek our own rather selfish ways.

The first year was the toughest, by far, but determining to work it through was key to building the foundations that we’d never really laid down before we got married.  It’s hard to look back on a time that was so painful, particularly as our experience of each other is so very different now.  It may sound cliché but Paul is truly the best man I know and to put it simply; I love him beyond words.

This year marks 25 years since that first desperate year and I love my wife so much more today than back in the first flushes of romance that we thought was as good as it could get.  We’d love to tell you more of the story, so pop round and have a coffee sometime.