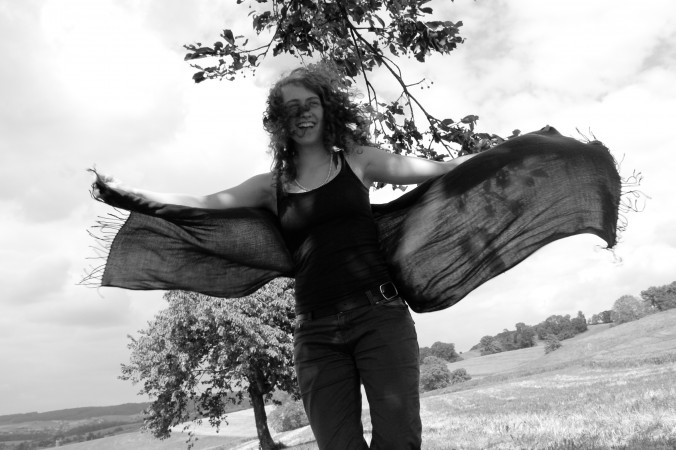 When I was 16 years old, I had to decide which profession I wanted to learn. In this early age it’s quite a big decision to make, because your future life will depend on this decision. I had good grades in school so I could choose between different professions to learn, also ones where you could probably make good money. But I knew I was going to learn something where I work with my hands. I wanted a creative profession. So I decided to go for a apprenticeship as a milliner, a hat maker. You don’t earn much as a hat maker, also there are only very few jobs and you can’t really attend further education on it. Before I knew I could really do this apprenticeship, I talked to god. I told him that if I would get the chance to do the apprenticeship, he also had to get me a job after the education was over. I got the apprenticeship and finished it with very good results. Before I even finished my education, I was already offered a part-time job as hat maker. Shortly after I also found a second part-time job as tailoress in a bridal boutique. God kept his word.

The work at the bridal boutique was though and the employees were jealous of each other and treated each other bad. It was hard for me and in the 1.5 years I worked there I was often sick and tired. Something had to change. In that time my boss at the other job as hat maker asked me if I could increase my work days at her company. This was it! I quit the other job and worked one additional day as hat maker. I was now only working three days a week, which is quite little. I worried a lot, what I could do else or if I should learn another profession and always had the same thoughts on my mind: you’re not good enough, you can’t go studying, you’re too young,... I suddenly lost my perspective. I also started questioning my profession as hat maker. What was it good for? I thought my job should be more caring or supporting other people.

But then my friend gave me a book about a tailoress which had the same questions as I had and started her own business. The story of the book gave me hope. At the same time more and more people around me asked me whether I could help them modify their clothes or sew new ones for them. I suddenly had so much to do, my days were all filled up. After a time I found myself building up my own fashion and hat label, without really pushing it myself. I still work as a hat maker for 3 days a week to get a fix salary. But my label anyag is blooming.

It’s a joy to see how god led my path. He has let me go through hard times but he always knew it’s good for me and it’s going to get better. I can now see that my creativity and all the skills I have are given to me by god to serve other people. God wants me to encourage them to see themselves as the beautiful person they are, with their body and their skills. And so are you!