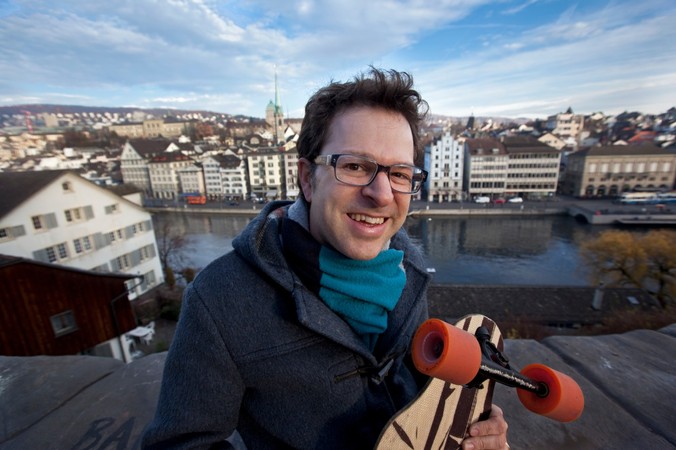 I am a normal guy and still have an incredible life story to tell. Often it's very old people who touchingly tell their story. Ok, for some of you I already belong in this category ?

My incredible story starts pretty normal with my birth and my first cry: "Boah, it's cold out here."

I was born into a very ordinary Swiss family. Well bourgeois, beautiful on the outskirts of town in a block of flats. We could play outside, experience adventure in the forest. I went to the youth club and earned riding lessons with stable work. Riding is well received by the girls.

I don't want to tell much about love now, that's another completely different story. Except that I was still really popular with the girls up to the 3rd grade. Hmm, that got lost somehow.

Maybe there comes the dark side of my childhood. I was always quite small – a late waxer – to say so. That brought with it in school that I was often beaten, or put in the garbage can. At least I learned to run fast – faster than everyone else. Once I made it off the schoolyard, nobody caught up with me. But also this time passed sometime. And I got bigger – and more beautiful again. And also the love thing worked out – but as I said, that's another story.

Then in my teen years it happened. The event that turns my ordinary story into an extraordinary one.

We all know the stars and celebrities, the actors from Hollywood, the beautiful and the rich. And imagine Brat Pitt wants to be your friend, George Clooney or Shia LaBoef. And you think, wow, he has a personal interest in me.

Now there's someone more important than all the celebrities. It's God, the creator of the universe. The one who made the world, who made the clock pop, who designed the beautiful palm beaches, and wrote the program that made this stone block in space a life-giving world.

I met this God when I was 17 years old. Not that I really thought of him before. He was not an issue in my family either. So I didn't have to be on his top loved list.

And then the day came. Well, he almost came when I went with my friend to a Christian event in the Zurich Hallenstadion. There was a stage in the center, and a man on it spoke the whole evening. I can't tell you what he said, because I didn't listen. I made paper planes out of the leaflets all evening and let them fly from the stands into the crowd. Until the moment when a lot of people ran to the front of the stage. Since we hadn't listened, we didn't know why. But we were sure that there had to be something for free. Who else would go forward voluntarily. And if there was something for free, then we wanted it too. Well, it was nothing. People prayed together. And such a poor helper approached us and probably wanted to pray with us. We were in a good mood and wanted that that simple helper was not there in vain and so we considered a question that we could ask him. Simply that he feels good. And the best question that came to mind was: "How can you meet God?

And the Happy Helper explained it to us.

Two months then came the day, or better said the night.  I lay in my bed at night and had a thoughtful session. I thought. If there is God, I'm actually stupid if I don't want to meet him. If that were apparently possible through Jesus Christ.

And at that moment the prayer of the happy helper came to my mind: "Dear God. It became clear to me that I had determined my own life and that my sins had hurt you. I am really sorry about that. Jesus, thank you for forgiving my sins. I would like to live my life with you God from now on and listen to you."

And so I prayed it all for myself. In my room. In my bed.

Hey, and the incredible thing I experienced then was that I am important to this very God (who made the universe) and he wants to have a personal relationship with me.

And so from this first encounter that night a deep friendship developed. And over the last 20 years the trust has grown. And I was able to experience incredible things with this living God. He loves to use me to do good things to other people. He sometimes gives me a thought about how I can encourage someone. Or I was already allowed to experience how people were supernaturally healed. Just like that. After a short prayer. But that is another story.

Another story would also be that God did not change my life through rules and laws, but from within by dwelling within me. But also this story has to wait.

Because this story is about the fact that God likes me and I am his friend! Hmm. Isn't that incredibly cool?

And this story could also be about God liking you and wanting to be your friend. He would be ready for you. Like me, take a courageous step and start with a little prayer.