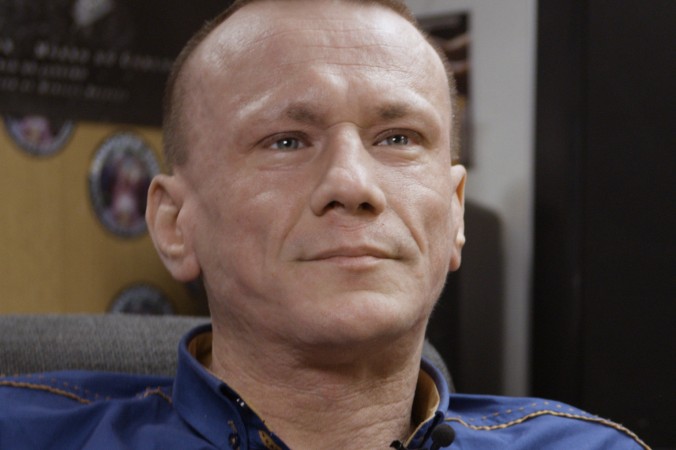 microlin - the secret of regeneration

I am Denis Meyer and I am from Hamburg. My artist name is "microlin". I am doing Psy Trance primarily because it is a very complex music and I have always had great pleasure in complex music, where you have to have a lot of technical know-how, in order to make it sound good. I have always liked this challenge.

Music has been an essential part of my life since I was 14 years old. I have played in diverse bands, but the last 10 years I mainly made electronic music. The electronic music is often mostly meaningless but for me it has still always been a very spiritual thing.

I have never really called myself a Hinduist, although I was very interested in Hinduism. The whole thing was actually stimulated by the ex boyfriend of my sister when I was 17. He was Hinduist and had shaped me quite strongly at that time. I also wanted to follow the path which he had gone towards these occult esoteric religions, away from Christianity, of course, because Christianity simply did not have these magical contents but I had found them very important and I always brought these in contact with God. Also to have contact with ghosts and so on – all these things somehow resemble God.

The entrance into these magical worlds began through the initiation in Reiki. This was actually more an ignition for a fire that burned inside of me. So the Hinduism, etc. and all other systems had no much longer relevance for me, but actually only what the great occultists claimed to be true I also wanted to believe, and I wanted to live according to that.

Therefore, I had a strong urge to contact the elitist, occult sects. I had also written to them and one order also answered me at the time and easily took me in as an external member, which really made me happy. I then was involved in their religious rituals. The whole thing was made quite noticeable to me, as the doors then opened to invisible worlds.

About 1-2 months after I had the first contact with these people, on a Saturday morning at 7 o'clock, presumed angels spoke to me and I was very, very amazed. This went on for about 4 – 5 hours. In the end of this process, the spirits asked: Lucifer is coming any moment and they wanted to know if I would let him into my room. Interestingly, of course, they only asked him if I let him in, so once again I made a clear decision for this being. And since I was very big Lucifer fan at that time, I naturally affirmed and took it on.

He then came in. I was able to perceive him as well, but not as one perceives things, and he asked me which side of him I would like to get to know: The dark or the bright side? In my thinking Lucifer was the bringer of light and one can – so to speak – be illuminated by him, but that he also has a dark side. This I thought is only because everybody can choose either to love or to hate. Since I never was a black-magician or anything like that, I told him: "I want to know the bright side!"

This was actually the beginning of the worst time of my life. In this time of my life, I can say that I couldn’t get rid of the spirits that I called. These spirits hurt me, they always got in contact with me and I have never been able to break up this contact by myself. I wasn’t in control at all anymore. This came over me and lasted for 7 months. In these seven months I had 4 horrortrips and I had absolutely no power over it.

Very orchestral, with well-formed sentences and in rhymes, a voice shouted at me that I had failed and I would now receive my punishment. Then the voice cried out, "Get out of here, get out!" I ran to my apartment door and then saw a red sparkling cloud coming up the stairs. I then felt a force on my neck trying to squeeze and break my spine. And I knew I'm dead now! I will not survive this! This pain has not been comparable to anything ever. Maybe at most with an electrical shock, but actually much more intense than that. It always came in periods and hurt very, very much. All this went on for about 10 – 20 minutes, then the police and the ambulance came. Of course, I was put under strong medication and then eventually fell into a coma.

The next horrotrip was already two months later. For 1-2 days I had contacted the spirits again and was still relatively fearless. Normally the first horrortrip would have already been enough to traumatize a person in such a way that she didn’t want to have nothing more to do with these kind of things, but I still continued.

I had been working on these skills for a very long time. Now was the moment and I didn’t want to give it up so easily. The third horrortrip happened completely out of the blue. Without any notice it suddenly came over me. Also very, very painful. I then was already completely exhausted and absolutely finished. Full of fear and panic attacks. And I knew what I was afraid of!

At that time I consumed a lot of alcohol. From morning to night. Even during the night I drunk. This was my big security: to constantly be in a coma-like condition where I really sensed nothing anymore.

Through this I was able to break the contact with the spirits. I didn’t have any other choice.

And if not the voices came back. The screams! All the time. Most likely to compare to a Black metal voice: "I'll kill you! I'll get to you! You'll see!" And then they made fun of me. And every word that went in that direction naturally destroyed me, because I knew what was possible in this area. It could immediately have come over me again. A state no one can imagine. An incredible madness!

The 4th horrotrip was by far the worst I ever experienced. At first I tried to push the spirits away through my thoughts, which apparently worked out, but it was like fighting against waves or against a massive flood of water. Impossible! I had no chance at all! Mockery & laughter. The basic message was "I'll kill you, I'll get to you! You'll see!" And this went on non-stop. Eventually all this ended in pain.

The fourth horrortrip was so incredibly cruel that I thought I immediately needed to start a long-term therapy in an institution. Within 10 days I was able to organize something like that, I first went into a hospital and then into a long-term therapy.

I've always wondered: what shall I do next? You are a very spiritual person and you can’t really imagine a life without Spirituality. And just at the time when I was really broken and down, the Lord offered me his hand.

In my first therapy, I met a Sinti Roma and he said to me, "There's a way out there!" "I can only recommend you to try it with Jesus!" When I heard the name of Jesus at that time, it had a special warmth, as well as spiritual security and a kind of protection. The right medicine for my huge problem: the fear, the horror and the madness which wouldn’t leave me. I agreed on this, and together with him I gave my life to Christ.

One week after I had converted, a biblical group in this medical institution started. This then was my real therapy.

The leader was an elderly man who asked me how I slept at night. Of course I only slept awfully. He relied, "Then put a bible on the night cabinet, you'll see what you got from it." I got a bible from the library and put it on the bedside table and when I sat on the bedside in the evening just before I was about to go to sleep I heard a deep, warm voice from above, saying: "I have a gift for you! Peace!"

I lay down on the bed and then felt a huge pressure that spread over my whole body and I heard screams from a distance like screams from hell. After half a minute it was all over. I think that was the moment when God pulled the spirits and demons out of me.

I had always believed that Jesus didn’t not belong to God, that God is, so to speak, only one – the Creator. I liked these theories and loved telling others about it and even tried to win them over. I said things e.g. that Jesus did not die on the cross. This had separated me from God. For those who don’t have the son, they neither hath the father!

Looking back, I would say that Jesus found me because I didn’t even search for him. And he really lightly tapped and touched me, very meekly, and never pushed me toward him, but in the time when I felt the worst ever, he came close to me and stood by my side. And if you experience that for yourself, yes, you are very grateful.

I am pretty sure that my sins are forgiven because it is biblically documented, we repeatedly find verses which say that eternal life is already given to us.

We do not have to work for it, but it is given to us as a gift. This is the grace of God – that even though you have not deserved it, indeed you have deserved ANYTHING but that – but you still get eternal life!

I thank God that he never lies to us, that he does not entice us with promises he cannot keep, but that he is already saying that we will not have heaven on earth and that it can be hard. "Whosoever shall follow me, take up his cross, and deny himself." All these things sound really authentic!

My faith is connected with music in the sense that I want to make it primarily with the Lord by my side. And He is, of course, also the source of my inspiration.

Living with Jesus means to me that God himself gives me his power to live a life which is pleasing to him and which is also full of meaning and abundance. 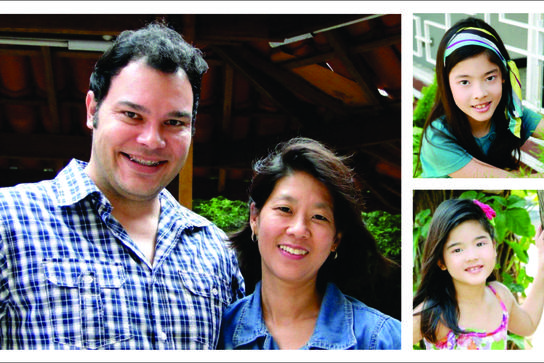