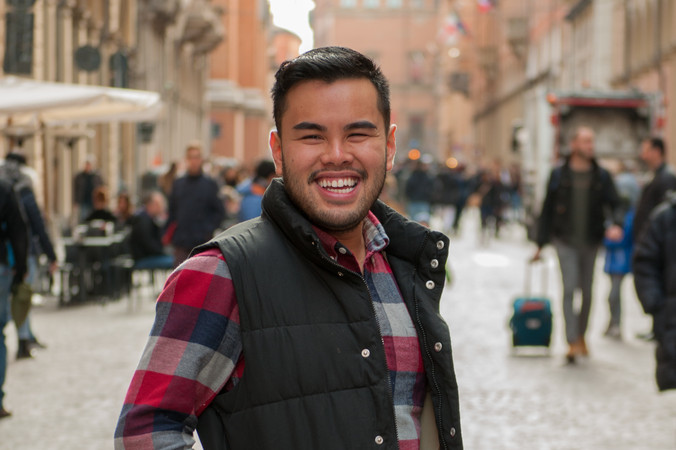 People who pursue success in academics or careers are fools. My wise and insightful seventeen-year-old self resounded this disenchanted anthem through my head as I thought of the prospective paths for my future. The aspirations I was taught to pursue and my classmates embraced held a sour ring to my ear. In my world I had everything, mostly, and was most often discontent. Money wasn’t enticing; I grew up in a well-to-do family and couldn’t care less about gaining more wealth. Academics came naturally to me, but even though I was a top achiever throughout high school, I had finally lost all drive to continually perform. I believed I was the best; why do I need to prove it to everyone, especially if all our paths end up spending decades of our lives locked in 9-5 jobs?

The one thing I was lacking was the one thing I “knew” would complete me: love, particularly love from a girl. So now that I found myself in a relationship seemingly destined for marriage, I became convinced that I had found my missing piece.

When we started dating, it was the first time I felt such extreme level of affection, and I couldn’t help but believe it was that kind of love. It was what I had waited for (and even prayed for) so long, and now that my ultimate desires were being fulfilled, I bet all my chips on her being “the one.” As excited as I was for university, I also wanted things beyond university to move so much quicker than they were: marriage, sex, the happily ever after.

After two and a half years of dating I decided it was the perfect time to propose. I had a ring purchased and details on how I would propose mostly covered. But suddenly everything fell apart. One Christmas night we had a big fight, and in a week’s time she broke up with me.

My world shattered. I had never experienced such intense pain and emptiness, simultaneously in denial, bargaining, and depression. Truly everything — my hopes, plans, as well as my identity and purpose — were swiftly cast into an abyss. That entire spring semester I hardly left my room or went to class.

Where did God play in all this? Honestly, not too big of a role beforehand. I had considered myself a Christian my whole life, joined a bible study in university, and even proclaimed Christian morals into my relationship, but He more or less stayed on the sidelines.

However now I wrestled with God. I cursed him but also begged him to fix everything. I was truly alone, and with my best friend gone who would care for me? Despite the pain and sense of betrayal, I ultimately decided to reach out to God as last resort. God, if you can make life feel even the slightest bit better, I will run to you with full force. If life remains this painful, I will still come to you because I need something to embrace. And if life somehow manages to become any worse than this, that's all the more reason to cling tighter to you. I gave everything to Him; and really, I didn’t have much of anything else left to lose.

During my depression a few older Christian friends of mine cared for me, and as slowly as it took, they gave me time and space to process each stage of grief. They didn’t do anything particularly special, but their patience and compassion was significantly meaningful and helpful to me. My identity had been completely lost, but they still stood by me and helped bring me back to my feet again. I could tell God was using them to show I was still worth caring, and He wasn’t leaving me alone.

Also during this season opportunities opened for me to travel to places like Ljubljana, Slovenia and Bologna, Italy. Here also I saw God continue to work on me through new experiences and friendships, but more significantly, opening my eyes to the need for this same love I had been slowly realizing to be experienced by all people throughout the world, not just in my own life.

If I look back at the life I had scripted out for myself entering university, I never would have expected to be recounting this story to you today. My broken relationship was the most painful thing I’ve ever experienced and I definitely don’t want to do it again…but it’s the best thing that’s ever happened to me. It destroyed in me of a lot of pride, and at the same time paved a more exciting and more joyful path than I ever could’ve planned for myself. In less than two years God has taken this broken heart and used it to connect with other hearts across my university and the world, giving me a purpose, hope, and a future to share His love and grace that He’s given me.

I wish I could say that things are fully mended. Although I am over my ex, I still regret and grieve over billions of mistakes that I made throughout the relationship. I still have struggles. I still long for a successful relationship; and I constantly fear that I’m not good enough or good-looking enough, or that I’ll be abandoned again.

But through another lens, things are, in fact, getting better; God has been at work. There are a billion more ways in which I’ve learned from my relationship. My experiences have allowed me to help care for others who are going through similar hardship. And although I’m not in a relationship, I’ve made some of my best friends with people who know how messed up I am, and yet they’ve still stuck around and loved me unconditionally.

Most importantly through all these things, I’ve learned the greatness of God – His grace, His care, His love. Romans 5:8 says that “God shows his love for us in that while we were still sinners Christ died for us.” Perhaps seventeen-year-old me was right; love is indeed the answer, but it cannot be exemplified as perfectly as in the life of Jesus. No matter how broken I am and the things I’ve done, God has never abandoned me, but instead He sent His Son on the cross in order to one day make me whole, and for now make me His own. God went all-in for me, and now I’m learning how to be all-in for Him.