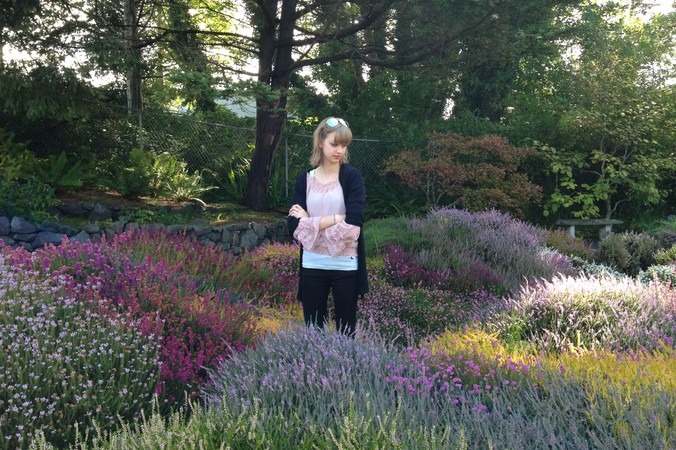 I am an introvert.

This isn’t exactly an unusual thing to hear. I read somewhere that there are more introverts in the world then extroverts; so, not unusual at all. Ever since I can remember I’ve liked to be alone. I remember always being happiest when I was alone. Looking back a good amount of my best memories consist of me, myself, and I. whether I was reading, playing with my toys or running around outside. I was always most content when I was alone with no one to bother me.

Me. I was always enough for myself.

This lasted until I was 15 year old. And then, as they often do at this age, things began to change. I started to feel something strange. A feeling I didn’t understand. I didn’t know what to call it. But it didn’t take me long to realize what was wrong with me. For the first time ever I was unhappily and seemingly uncontrollably lonely. I was confused and I didn’t know what to do with myself. I felt trapped between two places. The place of my past self where I had been happy up to this point and a new frightening place full of the rest of the world. I felt like I was in a narrow hallway between two doors, neither of which I wanted to open. I couldn’t go back where I had been before, where I had been content. Because of the loneliness it was like my past had turned sour in my mouth. I wanted the feeling to go away but I also didn’t want to fix it. Logically the only cure for loneliness that I could think of was other people but no part of me wanted people. I didn’t want to go out, I didn’t want to be social I had never wanted those things. So I stayed in and slowly my loneliness took form and made himself comfortable. Looking back I know that I should have talked to someone about how I felt. But back then talking about my true feelings was uncharted territory. Sad, but true. I began to think being an introvert was a bad thing. That it was something I had to fight but something I never had the energy to fight.

So I did nothing. I went on with my life. I had friends like every child usually does but I didn’t talk to them about myself. Instead I let them talk . . . and talk, and talk. It seemed to me that everyone except me was an expert at talking about their feelings and so I felt more alone then ever. It felt like there was a glass wall up between me and people. Foolishly I only realized much later that I had built it. And so for a painfully long time I felt as so many other people feel; that I was truly alone; that no one out there felt the way I felt and that I was destined to always feel this way. It sounds pretty cliché. And it was. So during the next year and a half or so I slowly crawled my way to the outside world without trying to do anything to fix the way I was feeling. I know now that I never have to apologize for how I feel or think that my feelings are ‘wrong’. But at the time I felt like everything was wrong. I struggled to be social (like I always had) and it was torture. Sometimes I couldn’t even tell when I was being real and when I was faking. Sometimes I didn’t even know if I was being truthful with myself.

So there was no resolve. There was no big God moment that made everything better. There was just time. However, along the way there were a lot of ‘ah ha’ moments but they sounded more like ‘What? I can talk about my feelings?!’ moments. I slowly started to realize that being an introvert wasn’t a curse. It was just who I was, who I still am. I began to be more open with the people who I wanted to believe I could trust, and to my amazement some of them actually came through for me. One thing God’s taught me is that he will make it worth it if you choose to be brave and be your authentic self with people. It is truly the most comforting feeling I have ever come across; to feel someone else beside you. To know they feel what you feel and to truly believe you are not alone.

I don’t blame anyone for any of this.  I was behind a glass wall that I had built my self. But at the time I did blame people. I blamed everyone but myself. I wanted to scream at the rest of the world to ask me how I was, to show they cared about me. But the glass wall was sound proof so why even try. Looking back I realized that the world always cared about me. People always asked me how I was, how I felt. My family and friends were always there for me and always loved me. But I refused to acknowledge the fact because feeling alone and blaming the world for it was too easy. I was always too afraid to tell people how I felt. So I became an expert liar. “I’m fine. How are you?”

But one thing that I have discovered through all that is the beauty of real friendship and the undying fact that it takes two. I couldn’t rely on people to carry me through life and then hate them when they didn’t. I had to get real with people. And I’m still learning. I don’t think I’ll ever stop learning.

I am still very much an introvert. I am still uncomfortable in a big room full of people and the word ‘party’ makes me twitch sometimes. But I know now that there can be a happy medium. I know that as a human being I cannot exist wholly on my own. I need other humans. And I have learned how to let them in. and yes, it’s incredibly scary to be honest with people most of them time. But in my experience it is wonderfully worth it. My dad once told me that: “being vulnerable may be uncomfortable but it saves a lot of regret later in life. So be the first one to say ‘I love you’ be the first person to say “I’ll do it.” Because even if someone lets you down and throws your love or feelings away the regret that you feel after that could never compare to how much worse the regret you would have felt if you didn’t put yourself out there.” I paraphrased a little but this is more or less what he said, and I will never forget it.

So that scary loneliness isn’t gone and I still struggle with communication and I know I will get better at it. I know I have the strength to anyway. So this loneliness still seeps in sometimes and he is always looking for the chance to pounce. But he is just a shadow and I am flesh and blood.

So I can feel completely alone in a room full of people but all I need is one single person who I trust to be with me and I’ll be fine. I only need a few people in my life I can be real with who can be my safe people. If I have that small circle of safe people then I’m ok with missing parties and staying home. I just know that sometimes I should invite a friend over to stay home with me because if I don’t, loneliness will creep back in to the room. So that’s it. I didn’t make it go away. I didn’t kill my loneliness all I did was learn how to tell him no.  I think God’s still showing me how to make real friends but its lovely most of the time because in all truthfulness people have turned out to be a lot better then I thought.