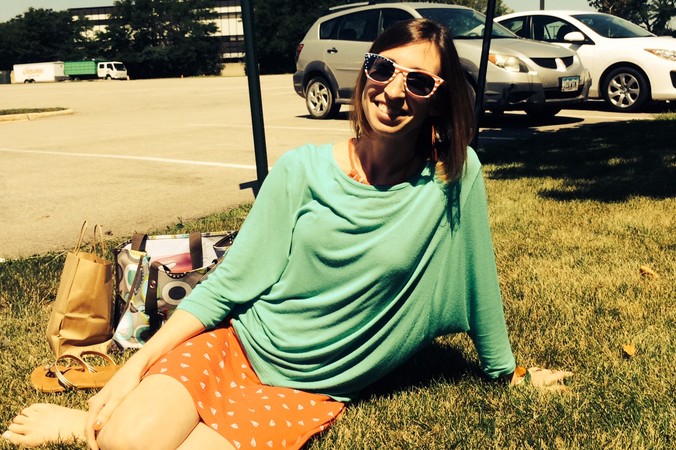 how I found love

My first boyfriend said to me one day, "Love is a wonderful thing!" And I thought, "Love? Love has to be more than this," because he was consistently letting me down. This was true of all the boyfriends I ever had.

Sometimes he (whoever he was at the time) would forget the things I had told him.

Sometimes I didn’t seem like a priority to him.

Sometimes he even cheated on me.

With each new guy, my heart would swell with hope, "Maybe this will be the man who will fulfill my longings! He will be THE ONE." But no, each relationship eventually ended. Occasionally I would reconcile with the less than ideal guy, thinking "Maybe he wasn't so bad, and I don't want to be alone." But my heart longed for more.

New Advice for My Broken Heart

Crying after an ended relationship, I asked my friend’s boyfriend for advice. (I wanted a guy’s perspective). He told me that God had the answer because I was hoping a guy would love me in a way that only God is capable—perfect love.

He told me to think of God saying to me, “I want you to stop planning, stop wishing, and allow me to give you the most thrilling plan existing…one that’s meant to prosper you and not to harm you, one to give you a hope and a future because I love you more than you know!” And he said those are words that God actually says to me in the Bible!

Later, I met Karl, my now husband of 15 years. He was the first boyfriend who said that I was the second most important thing in his life, yet I always felt more valued by him than any of those other guys. It was because the most important thing in his life was his own relationship with God. Our relationship continues to reflect God’s love as we encourage each other. Being fully loved by God allows us to forgive each other when we mess up—and we do mess up because we’re still not perfect. But I am confident that our marriage would not be as joyful, peaceful, and I think too, fun, if it weren’t for us first being in love with our Savior, Jesus Christ.

You Can Find What I Have Found!

God desires a personal relationship with everyone! If you would like to explore a relationship with Jesus, watch a video on this site. Or go to http://www.ognistudente.com/  or http://www.everystudent.com/ to learn answers to many common questions people have about this.