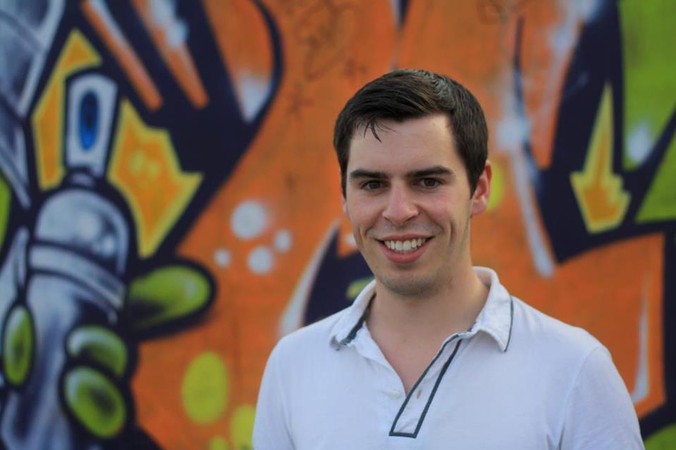 It took the prospect of prison for things to become clear

My life changed in the course of one drunken night out. I was sat in a police cell, facing the prospect of prison, when the priorities in my life became suddenly clear.

But let me rewind a few years first.

I was brought up in a Christian home. I went along to church every Sunday with my parents and quite enjoyed it. I got to see my friends, sing songs, and be in an a safe environment where people knew you and cared about you.

But as I got older, it became boring and felt restrictive. I didn’t want to listen to someone teach me about something I didn’t really care about. I didn't want to adhere to a set of rules that stopped me from doing what I wanted. If I'm honest, I felt like I already had all I needed in life to get through: I had a loving family, good friends, a good education, and good prospects for the future. These are the four "pillars" of my life where I placed my security, that I built the foundations upon, and that gave me the reason to have hope.

So eventually, I stopped going to church and continued to coast through life: doing well at school, hanging out with friends, doing what most teenagers do and having fun doing it. I then went off to Uni and continued much in the same vein. I made a lot of new friends, did well academically, and lived a very typical student life. But most importantly, all of my four "pillars" we still firmly in tact.

One summer holiday, I came back home from Uni and met up with all of my old school friends to catch up and go on night out. I remember very little of what happened that evening, but the next thing I knew, I was sitting alone in a cold, lifeless police station cell, not knowing precisely why I was there, how long I’d be there for, and what was going to happen to me.

It was in that moment that I could see my whole world caving in around me. Those four pillars of my life were crumbling before my eyes. If I went to prison, I'd be kicked out of uni; my job prospects would be shattered; my friends would slowly disappear; and I'd be shut away from my family. All the places I put my security, confidence and hope were disappearing all at once.

Whilst I was sitting there, I thought back to my days in church and the idea of “If you’re in trouble, just pray to God and he’ll help you out.” I hadn’t got anything to lose by giving it a go, so in that police cell, with my head pressed back against the wall, I prayed the most sincere prayer I’ve ever prayed: “God, if you exist, can you please help me!”

So, as I sat in that cell for 35 hours, I just kept on repeating that prayer: “God, if you exist, can you please help me.”

I was then transferred to the court house for my bail hearing and I was still terrified. I was led down a long corridor and put into a holding cell while I waited to be summoned. It was as I walked into this small, narrow room, with tears streaming down my cheeks, that I saw four simple words smudged in black onto the wall:

IN GOD I TRUST!

And as I looked closer, all around the cell were words like “Trust in the Lord” and “Trust God”. I was overwhelmed with a sense of security, a sense of complete comfort, and a sense of God’s real presence in my life. I began to realise that all the things I was putting my security and trust in were completely temporary and could never really provide those things for me. One day those pillars were strong and intact, and the next they were crumbling.

But in God, I had something – someone – that I could permanently rely on; someone who doesn’t change and someone who is truly faithful. And I knew that, if I put my trust in God, everything would be okay. Even if I went to prison, it would be okay, because God was looking out for me and He had it under control…not me!

So in that cell, I decided to trust God with my life, and live to follow Him.

This was a great catalyst in my life to take God seriously and see how he was relevant to my life. I was then granted bail and had to wait 3 months until my sentencing. These were some of the hardest months of my life. I had to go back to university to continue a degree I never thought I'd finish; I moved into a new house that I never thought I'd really settle in to; I hung out with friends that I didn't expect to see much more of for a while. But in the midst of all this uncertainty and challenge, one thing that remained certain was God's presence with me. He gave me cause to hope; he gave me the ability to make the most of the time I had; and he gave me a deep-rooted peace that sustained me.

When sentencing day came, I said goodbye to my friends, took a last look at my home, and went to the courthouse with my family. I was so scared sitting in the dock, periodically weeping as my lawyer made mitigating arguments on my behalf. And God really was looking over me! By some small miracle, I was only given a suspended sentence…I didn't have to go to prison! I was told afterwards that the judge had begun the hearing intending to send me to jail, but in the course of the session, he changed his mind and showed mercy. As he made his summary judgement, the one word I will always remember is the word "exceptionally"…it certainly felt like the odds had been defied!

So since that point, I have continued to understand what it means to follow God. My knowledge of Him has grown, my desire to follow Him has deepened, and my confidence in His power and authority has been strengthened. My hope, security and identity no longer rest on my academics, jobs prospects, friends or family, but on God! And I can even more confidently say that this pillar will never crumble.