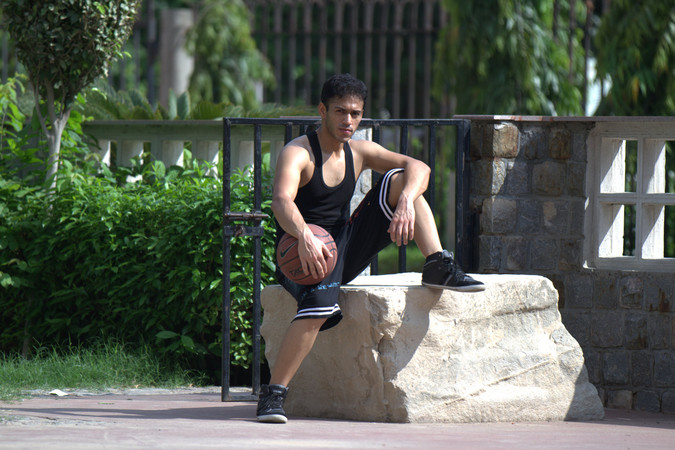 As a kid Raul Brady’s world was round, literally, He was a round kid. Chubby, cute, and round. Friends often teased him calling Golu, which he obviously detested. As a child he was often asked to play cute roles in stage plays and was often made to play the role of an Angel in the Christmas play.

Thereon, he started shying away from the stage and as he put on weight over the next few years and his peers teased him calling him ‘Golu’, Raul’s confidence shattered. Any mention of the word ‘stage’ gave him the jitters. Raul became such an introvert that at family get togethers and birthday parties of friends; Raul became the occupant of the corner seat. Always.

So while everyone danced and had fun, he would sit in a corner, shying away, and praying that no one would pull him onto the dance floor. It was only in class 10th that things started looking different, when Raul became a part of the school cricket team and found new confidence within himself.

Soon his father sensed that since he had begun to open up, it was time to strike the iron while it was hot, and so Raul was enrolled into Shiamak Davar’s dance institute. The journey to the stage and beyond had begun.

While learning dance, Raul got an opportunity to move to Mumbai, and it seemed his career was off to a flying start, when suddenly his family suffered a major financial setback and he had to move back to Delhi as he didn’t have financial help from his family any more and living in Mumbai was becoming impossibly expensive for him.

Once back in Delhi, Raul patiently waited for his family’s economical set back to subside. It wasn’t going to be easy, the financial condition of the family had deteriorated to such level that Raul and his brother had to take up a small stall in Gurgaon where they started selling samosas and bread pakoras as the future had begun looking bleak. Raul’s mother would keep telling him, “Do no worry son, this too shall pass.” To say that the next few months were tough would be an understatement.

Raul lived in North Delhi, Pitampura and had to travel to the interiors of Gurgaon everyday using local transport. Leaving at 5:30 in the morning in the chilly winters of Delhi, the chill of winters was acting as a catalyst on Raul.

When the tide was over, Raul Brady decided it was time to chalk out how his life would span out over the next decade and beyond, and so he decided to arm himself with knowledge and expertise, and so he got a Masters in Mass Communication from Wigan and Leigh College UK.

Raul was back with a vengeance. He was back to answer every person who had questioned his dancing career and had often mocked, “Dance, is that all you do?”. His Goal was clear!!!

Raul Brady had decided that he would dedicate his life to dance and so to take dance to heights never explored before, GODATU was born. “GODATU is my baby, I feel like a father bringing up his child, and with each passing moment my bond with this child grows stronger and inseparable” Says Raul.