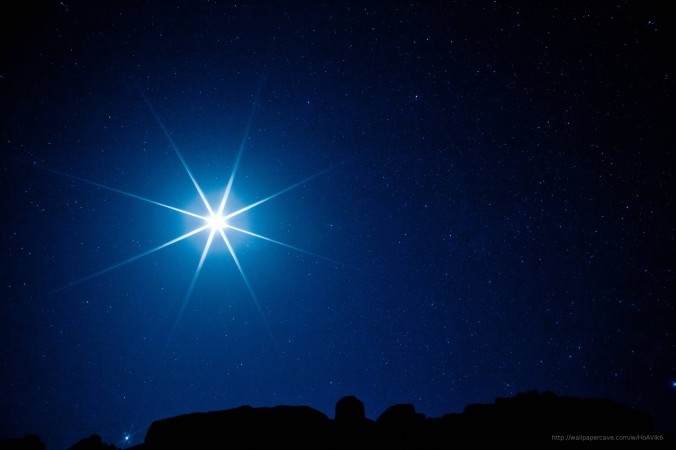 "For God so loved the world that he gave his one and only Son, that whoever believes in him shall not perish but have eternal life." John 3:16 (NIV)

because there are many people who are struggling in life, loosing hope, having fears (e.g. of death or calamity) or suffering, seeking truth, feel emptiness, … seeking satisfaction in pleasures and again emptiness and uncertainty to the future… people like I used to be myself. They just need a miracle from God. Here is mine.

From childhood until studies I lived in a split. It happened that I often went to confession because my conscience was burdened with sins, received absolution, felt better, and again, I was vulgar, malicious and very immoral, not to say perverted. I hurt others and myself. This was causing a sense of guilt and again I needed to lose that weight and so it was repeated. Something tugged me, in one way and then to the other, as if God and Satan strived for my soul …

In the second year of studies my health deteriorated greatly. Living in a sense of guilt because of my immoral lifestyle, I still practiced religion in the hope it will help. However, my condition worsened – a continuous pain and depression, going to doctors, examinations, acupuncture, acupressure… made me tired of living. It lasted 3 years and I do not know how it would have ended. Maybe I would have been a sick person for ever, a loser in life … if it were not the living God – Jesus Christ and His Word.

"Some became fools through their rebellious ways and suffered affliction because of their iniquities. They loathed all food and drew near the gates of death. Then they cried to the Lord in their trouble, and he saved them from their distress. He sent out his word and healed them; he rescued them from the grave." Psalm 107: 17-20 (NIV)

When I heard from a friend that Jesus loves me, gave his life for me, can and wants to heal me, I was filled with indescribable hope. I started to read the Word of God and was amazed at how it speaks to me. There appeared various dilemmas, but I decided to stick to the teachings of Jesus and reject sinful habits. I remember as if it was today, my dorm room and awful feelings with which I struggled to confess my sins to God. In my gut something literally physically tugged me, it's hard to describe … as if something or someone wanted to put me off and stop. But I was determined and then the first miracle happened … metanoia  –> http://en.wikipedia.org/wiki/Metanoia_%28theology%29

When I believed in Jesus and what he did for me on the cross, I was filled with a wonderful feeling of God's complete forgiveness and acceptance, something I had never known. Only after some time I realized what had happened – that I was born again, became now a child of God (cf. Gospel of John 1:12-13, 3:3 and 3:6-7).

It was not a religion anymore. It was a new living bond between me and God, my Father. Now I felt free and light. Mind is too small to embrace it … but I don't have to understand everything to use or to experience it.

I still studied the Scriptures and accepted it with faith and the situation began to change for good. It was something completely different from my religious practices and rituals, which I previously held, which assumed that I must try harder to please God and maybe then he does something. And now I just believed in what Jesus had done for me and soon experienced the miracle of healing, without drugs and doctors.

Soon after this another miracle happened. I was set free (ie. an exorcism) from the evil spirits that were in me. Then I realized what haunted me for years and attracted to sin and to hell which I realized was real.

I was also healed of chronic sinusitis lasting 5 years.

More about these and other experiences and miracles I can gladly write, just email me. On this portal there are quite a lot of them becouse miracles do not just happen, but are common. Everybody can have a miracle from God. You, too.

Now, after many years, I am still aware of that forgiveness, that Jesus of Nazareth died for all my sins, past and future. When I pass away, I'm sure I'll be where He is. His Word assures me that nothing can ever separate me from God – neither Satan nor people, neither circumstances nor death (cf. Romans 8:38-39).

My life is now satisfied and secured, despite of a variety of everyday problems. I do not regret a single day since I have accepted Christ as my Lord and Saviour. Now I believe that everything that happens is under His control and used for my good. God has the power and takes care of His children, especially in problems, like every good dad, and I do experience it.

I have beloved wife and children, all that is needed to be happy, and most importantly, I know what I live for and where I am going. The goodness of God is greater than I can comprehend and describe. I realize that I didn't know Him before. I had a false, distorted picture of Him, because even though I believed in God (the devil also believes), I did not believe in His word, becouse I did not know it.

I've undestood that christianity is not 'going to church' once a week, for one hour but daily relationship with God who sacrificed Himself to save my life. Thanksgiving and glory are due to Him only!

"For God so loved the world that he gave his one and only Son, that whoever believes in him shall not perish but have eternal life." John 3:16 (NIV)