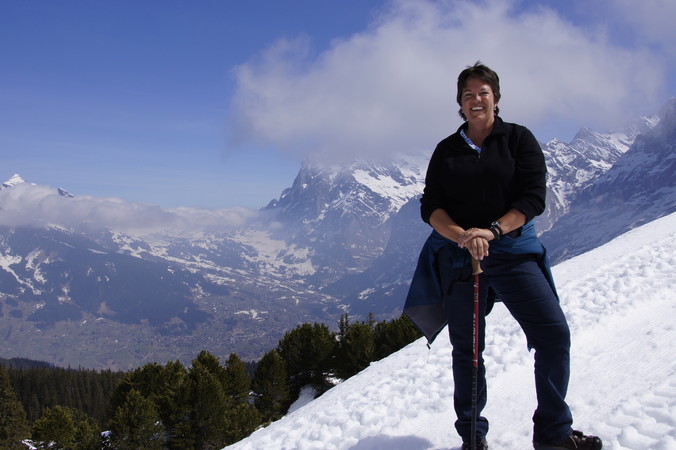 I’m a nature freak!  I come alive when I’m outdoors! As a kid I would often stop whatever I was doing to go and watch the sun go down.  Even then I had a hunch that something or someone far greater than me must be orchestrating all that beauty.  My heart would sometimes just ache with wonder and desire as I’d watch the sun dip below the horizon.  What was it that tugged at my heart so?  At the time, I had no clue!

I’d have the same sort of soul response anytime I was in the mountains or near the sea.  Wonder and awe at how vast, beautiful and untamed nature is.  And desire from deep in my soul to somehow make contact with the unseen force behind it all.

The summer when I was 18 years old and preparing to leave for University was the turning point of my life.  I was full of anticipation about the future, yet at the same time I was really restless within.  I’d done well in school and in sports, but somehow those achievements just didn’t seem to mean much.  I’d grown up attending church, but by that time I was quite disillusioned with what I thought Christianity was all about.  It seemed to be a lifestyle that required me to be perfect, and I most certainly couldn’t maintain that, so I was ready to try something new.   Yet, because of the constant coaxing of several friends, I ended up going with them to an outdoor Christian conference set near the mountains of Colorado.  It was the possibility of being outside in nature that drew me, definitely not the conference itself.

Much to my surprise though, the atmosphere at that gathering immediately grabbed my attention.  Oddly, the same wonder and longing that I’d often experience in nature was found there…not because of the location, but due to the people, and the sense of love and care that seemed to be thick in the air.  To be honest, I didn’t know what to do with it all.  It freaked me out a bit.  On one hand it was unbelievably enticing, and yet, at the same time, the deep longing inside me intensified all the more and that left me feeling vulnerable and unsure.

The first night of the conference the main speaker told us about the God who made the earth and everything in it.  He spoke about how that same God loved us and wanted to be in relationship with us and that’s why Jesus had come to earth.  Now, growing up in church I’d heard plenty of Bible stories, but I’d never heard anyone talk about having a relationship with God.  He spoke about Jesus coming to rescue me from all that separated me from God.  He did that so I could have a relationship with Him and His Father.   Amazing… the more the speaker said, the more I wanted what he was talking about!  You’ve gotta be kidding - I could actually know the One who made the sunsets and the mountains and the seas?  WOW!  And the possibility of knowing God had NOTHING to do with something I had done, but was because He chose to rescue me.  I just had to agree to be rescued.

I distinctly recall having this picture of me being a drowning person and suddenly someone was throwing a life preserver out to me.  But I had to choose…was I willing to be rescued?

The answer is…YES! That night I asked Jesus to rescue me and without a doubt that’s the best decision I have ever made! No angelic chorus popped out of the clouds following that prayer, but the trajectory of my life made a radical turn on that evening.  What happened to the wonder I’d feel whenever I was in nature?  It's still there, only it’s now accompanied by an even deeper awe of the God I now know!  And the longing in my soul?  It’s become a longing to get to know Jesus and His Father all the more.

I still love getting out in nature and hugging a tree now and then, but even more than that, I want to continue to grow in knowing and following this incredible Creator God who has rescued me!

There’s a great section of the Bible that I think summarizes my story well…  “For ever since the world was created, people have seen the earth and sky. Through everything God made, they can clearly see His invisible qualities—His eternal power and divine nature. So they have no excuse for not knowing God.” Romans 1:20 NLT