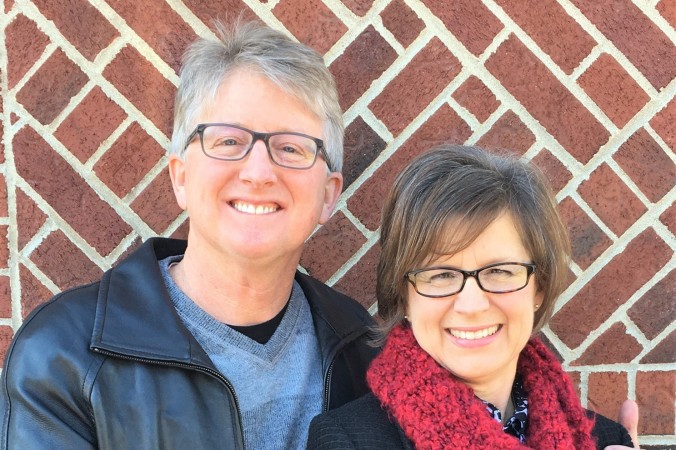 I grew up in a great Christian home and went to church regularly. I believed in God and in the main principles of Christianity. But in my teenage years, I walked whole-heartedly away from God and the Church.

No one appeared better off in life simply because they were a Christian. It all seemed fake and a little shallow to me. So I quietly, almost unconsciously, decided to have nothing to do with it any longer.

I turned to three things to find happiness in my life: sports, girlfriends, and the party life. Whenever boredom came, I would turn to one of these things to pick me up. After a while, I realized I was only posponing my emptiness by turning to these things. When the fun was over, the harsh suffocation of meaninglessness returned. Guilt and emptiness drove my life. I was living a life unlike the one I’d been raised to live. I was a black sheep. I knew it and felt bad.

On the outside no one would have noticed. I had great friends, did well in school, excelled in sports and dated cute girls. Yet when I was alone, the feeling of "something is wrong" began to increasingly haunt me.

During the winter of my senior year at Lindbergh High School in Hopkins, Minnesota, I began to read the Bible and discuss it with friends. I began to talk to God for the first time in my life, too. But that is not all I was doing. My habit of pot-smoking and experimenting with light drugs were still very much a part of my life.

As I read the Bible and prayed, two things happened. I was surprised to find out that God wanted a relationship with me. I also found myself asking Him` to take marijuana out of my life. It was hurting me and I knew it. After just four days of praying that prayer, God answered in an unusual way.

On a cold Friday night in February '74, I was smoking pot with two friends in a car.  We were in an unlit part of Shady Oak Park in Hopkins, MN. It was around 9:00 pm. We thought the darkness provided a secret place for our illegal fun.

But out of nowhere, a police car’s lights pierced the night as it roared toward us.  All three of us were arrested for possession of marijuana.

My dad had to come for me at the Minnetonka, Minnesota Police Station. As a minor, I would soon be called to appear in Juvenile Court. I was free to go home, if Dad agreed to take me. Otherwise, I’d spend the night in jail.

Facing my dad at the police station, I was not only embarrassed, but feelings of shame were dragging my spirit deeper into darkness. I was guilty. I was scared. Embarrassment, fear and shame gripped my heart. All of these emotions were going on inside me like a catfight when my dad came for me and agreed to take me home from the police station.

During the ride home, dad asked, “Was the marijuana you three got caught with tonight yours?” I said, “No!” and then immediately started to apologize and lie. I lied telling him that it was the first time I’d even smoked marijuana! I added, “I swear, Dad, I will never do it again!”

Dad rather patiently said, “Okay.  I believe you. I’m glad you are telling me the truth.” This did not relieve me. In fact, I felt guilty for lying to such a good man like my father. Those were my thoughts as dad said, “I believe you.”

While stewing in my guilt for smoking dope and lying to my dad, he went on to say that mom and my younger brother were crying as he left the house for the police station. He was trying to make a point. Dad stressed that if mom and my brother were still crying when we arrived home, I should not “misinterpret their tears.” Dad said, “We are just confused, David. That is why we've cried. But they aren't tears of shame. We love you. We will get through this, but you have to tell the truth.”

He went on, “David, when the Juvenile Court and police call us, you have to be ready. So let me ask one more time. Was the marijuana you got caught with yours?” I immediately said that it was not.

I lied again. And I felt bad about it again. I was afraid of rejection. “Dad, no!  And I will never do it again. I promise! It was a mistake, but I would never buy this stuff.  It was not mine!” Dad believed me again and I felt terrible. I had used marijuana for three years.

When we arrived home, dad left the car running. He wanted to talk a bit more. I remember the swirling steam from the engine going up against our yellow garage door, and looking out at the snow on the ground while we talked. Dad turned toward me and with a slight tear in his eye said, “David, I have to ask you one last time. But before you answer, please listen to me. If you are lying about the marijuana not being yours, I think I know why.” I sat in silence. “This is not going to affect our love for you in any way. Nothing you do will make us stop loving you. I just want you to tell the truth. We love you. Whatever you say, I will believe for the rest of my life. Was the marijuana yours?”

I was stunned. I felt like God was in the car allowing me the freedom to tell the truth about my sin – to confess it all. I felt that dad somehow had separated me as a person from my bad performance and sin. I was loved completely – loved despite my lies and wrongdoing.

I also told dad something else. I told him that I was searching for a way out of my lifestyle and had prayed to God for the first time from my heart earlier that week. I had asked Him to help me get free from my sin, my lying, and be clean from all of my guilt.

Now I felt differently. Love and acceptance were demonstrated, making it easy for my contrite heart to issue an honest confession. The desire to turn away from my sinful life seemed to flow effortlessly from my heart. God answered my prayer. God displayed His grace profoundly and personally to me through my dad. I will never ever forget that night because I was changed – completely.

I felt loved by God. I’d had enough of life on my own terms. I knew Jesus died for my sin and that I needed forgiveness. I turned to Jesus gratefully, knowing that He died to forgive me. He rose to give me a new life – a life I needed and wanted.  I turned from my sin, placed my faith in Him, and something happened.

He changed me.   Living in glad surrender to Him has been my joy ever since.