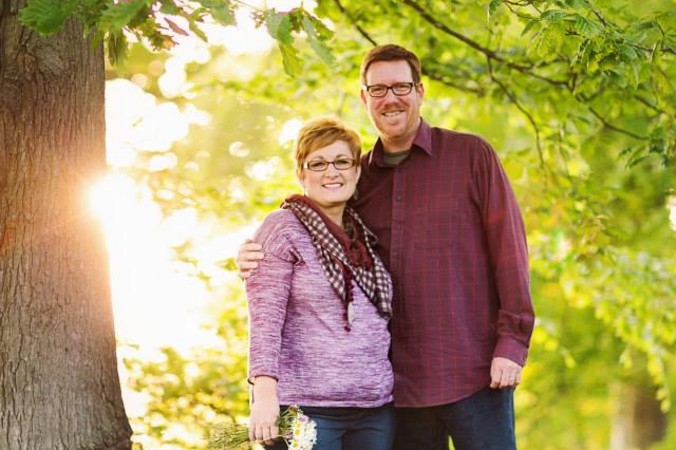 Giving Up Saved My Marriage

On the outside, we were the "model" Christian family and couple that everyone thought "had it all together", but that couldn't be farther from the truth.  After nearly 25 years of marriage and raising 5 daughters together, my husband and I had become two disconnected people who happened to live in the same house.  We didn't even like being in the same room together. There was just too much space between us to humanly overcome.

It's not that we didn't try.  We had been to several counselors over the years, but we were both so hurt that we had built up walls around our hearts to protect us from more hurt.  And we knew better.  After all, we both worked in Christian ministries and had had the benefit of Biblical teaching over the years.  But emotionally, we had already gone our separate ways.  Our marriage had become a sham merely to keep up appearances.

That's when I gave up.  I had been working so hard to save my marriage, but I couldn't do it.  I thought that if I "gave up" then that was the same as admitting defeat and it would be over.  But I was wrong.  That is exactly what God was waiting for.  He was waiting for me to give up.  Give up trying; give up striving; give up CONTROL.     HE wanted control.  Even though humanly speaking, our marriage was beyond saving, God is not limited by human experience.  He was able to break through the walls we had built around our hearts and pierce them with His love!  Love for Him first, and then love for one another!  It seems like a paradox to give something up to receive it back even better than before, but only God can do that.      Once we gave up grasping for the shreds of what we thought we wanted, we were finally ready to receive the gift of restoration that we had so desperately longed for.  Our marriage isn't perfect, but as long as we keep our eyes on God instead of ourselves or one another, we can make it through even the most difficult circumstances.