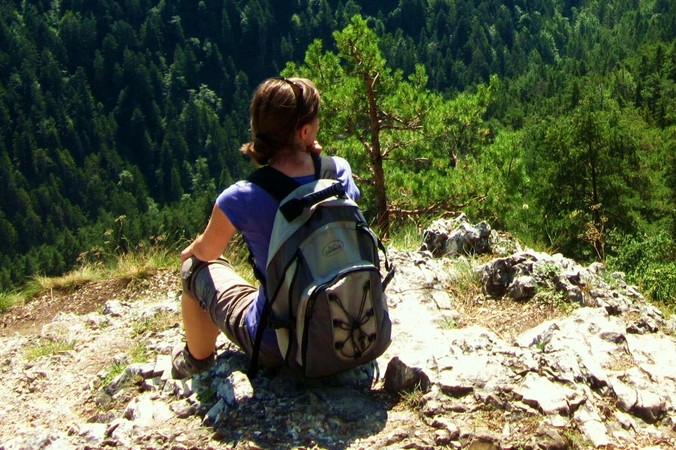 What am I doing here?

Several years ago, this question often accompanied me during family events, meetings with friends, at school and later at work.

I felt bad everywere. I had the impression that I did not belong anywhere, that no one understood me. I was lonely and full of complexes. At the same time, I had that sense of alienation when I was among the people, I felt that also God is distant and uninvolved in my life. I had always believed that He existed, but strongly doubted that he loved me and cared about me. I remember decorating a Christmas tree and holding back my tears, because Christmas had become only an empty and lifeless tradition for me. Sadness was especially deep as I rememberd my child's faith, full of trust and joy. But as I started getting interested in other religions and philosophies, this faith gradually disappeared. I missed the intimacy with God, which I knew from childhood, but which seemed a child's imagination to me at that time. I lacked meaning and purpose in life, but I could not find them anywhere.

One day my brother invited me to go to a Bible camp in the Tatra Mountains. I went there just because I loved the mountains. I did not suspect that this trip would change anything. I even did not believe that in Christianity I could find an answer to my spiritual hunger. It seemed to me that I had already known it so well.

First words I heard during that camp came from the letter to Ephesians and they said that we are saved by grace through faith, not by works, so nobody could boast (Ephesians 2:8-9).

Until that moment, I was convinced that I had to earn my entrance to heaven through good deeds and I could never be sure whether the good deeds outweighed the bad. I was horrified by the thought that if I had not know such a basic thing about God, I could have believed in a self-invented God, God who had nothing to do with the real one. After returning from the mountains, I started to read the Bible extensively, and the God I was learning about stirred not only respect in me, but also more and more fascination. Half a year later, I went to another Christain camp where God touched my heart in an incredible way.

Suddenly, all of the puzzle pieces began to fall into their places. I felt loved by God so much. My peace and joy were restored. I began to see the meaning and purpose of life. I had the impression that world was filling up with colors.

The reverse side of despair.

It's been a several years since then. Years full of joyous but also difficult events. However, I have never regretted the decision to follow Jesus. Living with Him turned out to be a fascinating adventure. An adventure, in which He allows me to exceed my limitations and do things that I have not even dreamed about.

God fixed my relationships in an awesome way. For over 20 years, I had not talked with my 8 years older brother. It was very difficult for me, but I could not change it. But when we started talking about God, this wall between us collapsed.

But perhaps the most important thing is hope. Hope that goes beyond life here and now. Hope, which is called an anchor of the soul in the Bible. Someone has described it this way, "Jesus is the reverse side of despair".

You may be wondering…

why I have actually written all this… The reason is only one – I want to tell you that faith has nothing to do with dead religious rites. Close ad personal relationship with God is possible, and He promises that whoever seeks Him, will find Him. I heve experienced this and it is hard not to talk about it:)