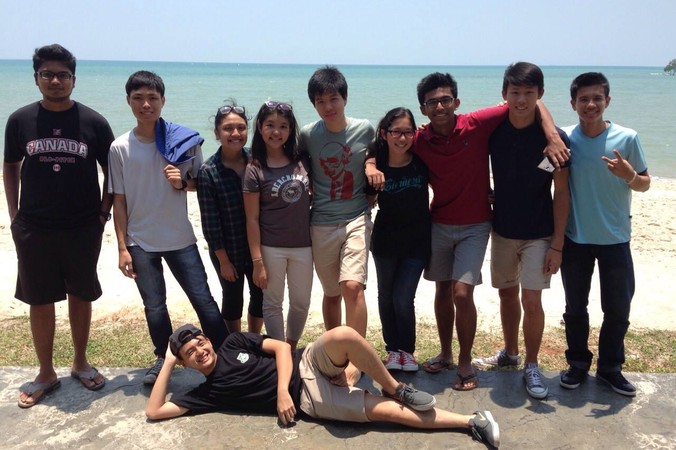 Peace Among The People

50 people shot dead, 53 more wounded, in a recent mass shooting in Orlando, US.

More than 1,200 people outside of Iraq and Syria have been killed in attacks inspired or coordinated by the Islamic State, according to a New York Times analysis.

Closer to home, last year, my mother’s friend’s brother was beheaded, after he was kidnapped and held hostage for months by the terrorist group, Abu Sayyaf.

In this day and age, news of war, violence and corruption are all over the news on an almost daily basis. The humanity of the world seems to be collapsing. Peace among the people and hope, seem more and more like a myth, to those in war-torn countries and even, to me, living in so-called peaceful Malaysia.

When I was told I had to write a testimony for WYD, the first thing I said was, “I have nothing to write about,” Why did I say this you may ask? That’s because I hadn’t exactly felt God’s presence in my life. My parents’ marriage is failing, they are on the verge of divorce, my sister and I were arguing more and more often, being at home felt like a burden and I could feel myself succumbing more often than not, to my anger and frustration on a regular basis. I said the same prayer every Sunday I went to church, asking God to change the family situation but I still hadn’t seen any change. How was I supposed to tell my story with God to a bunch of strangers when I had none to tell? Particularly with the theme of peace?

However, I recalled the words I recently told two of my new friends from college, “Everyone has a story to tell,”. I realized that I do have a story of sorts to tell, albeit insignificant to many, it was significant enough to me. I actually first began writing this testimony while watching my friends play a game of dodgeball. As I watched them, I was reminded once again of how different and unique each and every single one of us are and how each one of us had unconsciously contributed a small part of ourselves to the group, forming our own identity and unique bond. As a result, we have become a close, tight-knit group since the first day we met. I have long since accepted that every one of us is different in our own way and that we don’t have to hide our differences because that’s what makes us so unique and special. This is where I began to see God’s hand in my life. God had blessed me with an innate ability to recognize this in each new person I met.

This next part of my story is important so that you may understand the perspective I am coming from. I am a teenage girl from Malaysia, a country whose population consists of a multi-ethnic, multi-cultural and multilingual society. As such, the cultural diversity I have been exposed to, has since been deeply ingrained into me. In school, I am comforted by the fact that despite how my friends and I come from all walks of life, we are still able to be great friends. On the first day of Ramadan this year, I posted a collage of my Muslim friends and I on social media, wishing them a blessed Ramadan, to prove a point to the world – that Catholics and Muslims can still be friends despite our differences.

I am proud to have so many amazing Malay friends.  I also have many Indian and Chinese friends who are non-Christian. I am proud to be a Catholic, and I now recognize that in this circle of friendship, God has made me an instrument of His Peace. Whenever I am with friends of other faiths or race, I am very conscious of my words and my actions, so that I do not say or do anything that may be offensive to their religious beliefs or culture. This interfaith and inter-religious dialogue (advocated by Saint John Paul II and Pope Francis respectively) is crucial in promoting world peace and unity to our brothers and sisters in Christ all around the world and to hopefully attain world peace one day. Because where there is peace, there is Christ for He is the Prince of Peace.

This WYD, I hope to be able to encounter a real experience with God and at the same time, meet other people from different cultural backgrounds so that we may share and understand one another’s culture and by doing so, understand the diversities of the people of this world. I hope that we, the youth of this world, will continue to work towards a unity that transcends politics, class, race and gender. As is inscribed into the emblem of my country, “Unity is Strength”.

Therefore, I urge and I challenge you, my brothers and sisters in the body of Christ, to go out there and bridge the ethnic and cultural divide. We are all God’s instruments to bring peace among the people. You will be amazed by all the things you have yet to learn and I promise you, you won’t regret it.

Let us echo the words of St Francis of Assisi:

O, Divine Master, grant that I may not so much seek to be consoled as to console; to be understood as to understand; to be loved as to love; For it is in giving that we receive; it is in pardoning that we are pardoned; it is in dying that we are born again to eternal life.