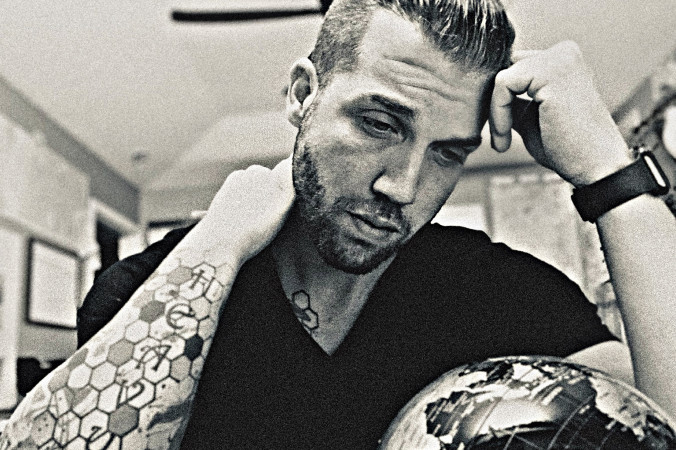 Lets be honest here, how many actually new where life would take them? Because I sure did not see the direction of certainty, go from chaos into a “enlightened  path”, that identified the very existence of why I have scars today. Not even close to thinking this is where I would be!

Truth be told, I didn’t make it past 9th grade. For sure never joined the diploma or GED crowd.  Social acceptance was in a mythological box next to hercules, and next to it was the shattered hopes of being understand. But, do not think this is a sad story because of my once was reality. Oh no! See, life was just beginning and that message would take 31 years to be clear.

I was told I had “bi-polar and ADHD young, and for 29 years I believe just that. It was not until recently I discovered I actually have “Borderline empathy paradox and higher emotional intelligence” disorder. I know, right! This basically means I have a different way of viewing things lol

the crazy thing, my “family” still think I am ADHD and Bi-Polar and that my efforts in helping communities around the country are  “unstable” or not “living right”. Which I suppose is a nautral response when domestication is the deciding factor for which way your life is directed.

Now, I am not against the family life and sitting still. But the facts remain that routine and normalcy blind the eye from seeing around them, generating opinions of what is the “right” way to live.

After 3 companies, multiple partnerships, touring around the country, working with some of the largest disaster relief organizations, shaking hands with the most beautiful individuals, meeting many mayors,  politicians , and many other unique accomplishments.

I understand and can say “they were inspired by the battles I faced filled with lies and false love tatics. From standing against the odds designed to break core beliefs from the beginning stages of development, and from weapons constructed with desperate hopes inspired by the tv images of a loving family that carried smiles from what was, to the unmistakable truth of what is, today.

My child hood was nuts! I moved and slept in bizarre places, No one could understand me, I was being given pill after pill to hopefully bring clarity to everyone else’s want for comprehending how I think. It was very much a tough and challenging childhood, that was the exact formula needed to create a fight within, that not one person could beat.

Understand that “not” giving up, is imbedded in the very soul of my genetics.

**If, we are to over achieve using  “our” understanding! We, will always under achieve in relation to God.

we create a self-defeat in the eyes of God by attempting anything more then what he has set in our path. The world fills us with joyous ideas, that contradict the existence of spiritual sacrifice.

No path walked would have mentally prepared me better, or pushed me to refine the best version of my self.

Non the less, My relationship stands healthy with God and not much longer before the battle begins in the war of “The EARTHs greatest TASCC”

My name is Travis Alderman, and I come from a broken childhood, filled with medications and testing. Raised on the streets since 14, and carry not one education document. I was a victim of circumstance, and lost in the most open field. Although, I am tired and broken. There is no time for rest, for I now Know that my fight is not coming to a close, It is getting ready to begin!