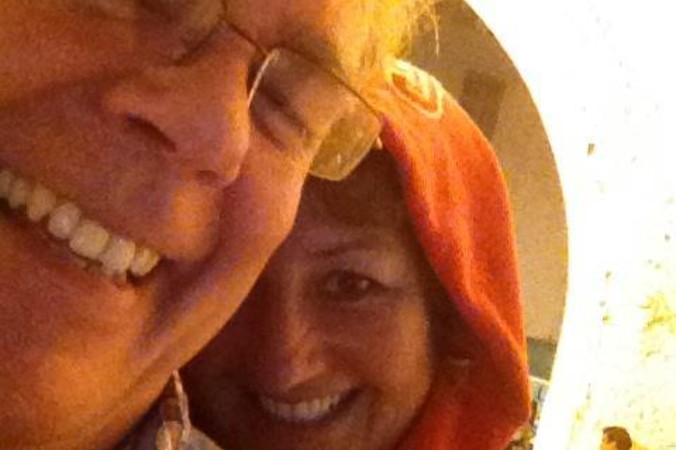 Here's the back story to my video.

It was 1975.  I was 22 and I was a loner.  I preferred my own company but I wanted people to like me.  I hoped that people would think I was a reasonably nice person but inside I felt I was not so nice.  I used to have panic attacks and I was on anti-depressants.  I wanted to believe in God but I felt he was distant.  I would pray sometimes but never confident that he would hear me.

My girlfriend at the time introduced me to several friends who were Christians.  Their lives seemed to be different and I distinctly remember that there was a sense of peace about them.  When they talked about knowing God, it rang true.  They helped me to see that the root of my problems was sin – that I had turned my back on God and was living my life without him.  I read the Bible and it started to make sense for the first time.  I began to understand why I felt distant from God.

After several months, I decided to give up resisting God and I allowed him to change me too.  I said a simple prayer, admitting that I was a sinner and asking God to forgive me and clean me out.  I also asked him to take charge of my life.

At the time, I didn’t feel much different – a little excited perhaps.  But over the following days and weeks, I realised how much God had done in me.  I never took another anti-depressant, I never had another panic attack, and I was confident that God was not only hearing my prayers, but he was pleased to hear them.

And that was only the start of my journey with him.  Although there have been challenges and battles along the way God has given me a confidence that I can face them with him, and over 40 years later that confidence has continued to grow.

I now have a much clearer understanding of what a Christian is.  A Christian is not a good person.  Christians sin and rebel against God.  The only difference is that they’ve been forgiven by him, they’ve been welcomed into God’s family and they’re being changed from the inside out.

If you’d like to know more, please don’t hesitate to get in touch.  I’d love to hear from you.  Tim