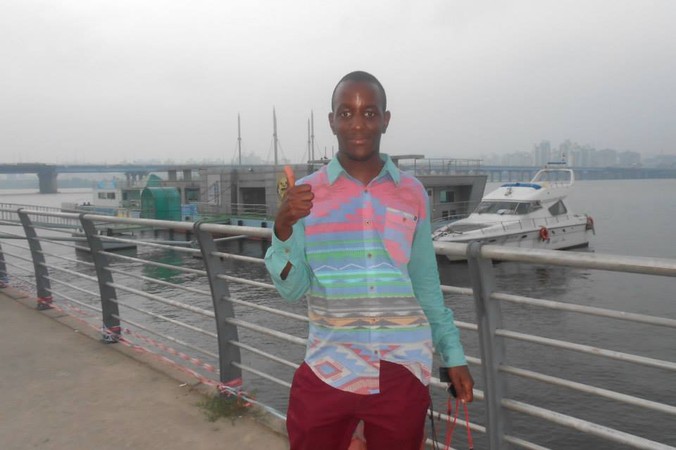 If it really exists, let Him show it!

If it really exists, let Him show it!

It was in my early teens that my encounter with God took place.

At home, insults, fights and tears punctuated the atmosphere. Everything was a pretext for the fight. Peace did not exist at home.

I grew up in an unstable family traumatized by the 1994 genocide.

My parents divorced some time later. My atheist mother drank frequently. Until one day a friend invited her to church and she came back completely liberated. She had become gentle and no longer constantly shouting at me and my sister. She didn't drink anymore. That's when I thought something amazing had happened.

Shortly after, I accompanied him to church on a Sunday morning to experience the same divine intervention in my life.

Hands were laid on me at the end of the worship.

Shortly afterwards, during a medical consultation, the doctor confirmed the divine operation.

In my turn, I had the personal testimony of an acting God.

Addiction to the virtual

However, during adolescence, I put God aside and I seriously fell into video game addiction and I had great cyber addiction.

I was managing several blogs at the same time. I was chatting for hours on dating sites and I knew the rap music of the moment at my fingertips.

I was alone on the moon

Completely lagging behind in school, I had big personal shortcomings. I was frequently late for class. I was very slow compared to my classmates. I had poor hygiene, but I was kind and kind to the others.

Out of adolescence, out of school, unemployed and hit by debts, I was completely lost. I was leaving my family home in the provinces for the capital in the hope of finding a job. During a night party, they assaulted me and stole my cell phone. Back home, annoyed, the words of a pastor's sermon came to my mind.

I had turned my back on him but not Him

Thanks to this bad experience, I realized that a life without God does not bring anything good except worries.

The following week, I returned to church to renew the covenant with my God. He revealed himself to me.

Three days later, I received a summons for a job interview. From work to work, my financial situation quickly improves and I even end up finding a job with attractive conditions: permanent contract, close to home, fixed schedule with correct remuneration.

Since then, I have changed things in a good way on several levels: God put an end to depression. I took a new path with new behavior and it even allowed me to travel very far in South Korea: a teenage dream (Look at my photo).

Now I leave my problems to the Lord and I see his hand untie them knowing that he is still there. Life is no longer a burden but a destiny made up of victories, breakthroughs and satisfied needs.

Make your own experience come true!

You who read my story, don't waste a moment! Just like me,  test God in a field of your life that require a divine action.

Ask Jesus, with simple words to act, and you will see that his answer will not be long.

Recite this prayer aloud : "Jesus, I know you only by name. However, I was surprised by the young man's genuine testimony, Odry. Like him, I want to live a clean and supernatural experience according to the current circumstances.

To do this, I allow you to manifest yourself in this aspect of my life (quote it) and benefit from your intervention."

So did God reveal himself to you as well?

In this case, I invite you to write to me so that you may also share with me your testimony which I would enjoy reading carefully.