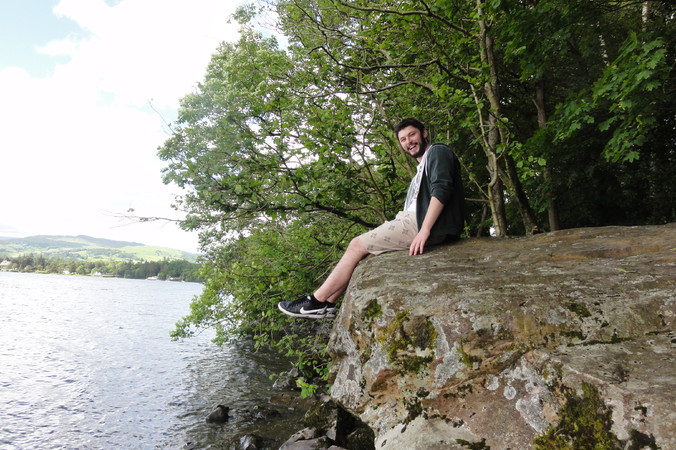 I always thought my achievements were what defined me. The more things I was good at the more people would like me and accept me. My own value of self-worth was hinged on how many trophies I could get or how many top marks I scored. The first time I ever lost was in a swimming race for my school. I didn’t want to put more effort in and train harder because I was scared that I would still lose. To me someone who had only ever lost in one swimming race seemed better than someone who always lost. As my early teens continued I started to find more and more that I wasn’t winning like I used to, I felt like I wasn’t achieving anything. Without all these achievements I had nothing left to value myself on. It was during these years that I started playing the xbox. I loved the xbox because I was able to succeed at it without much effort and because while playing games achievements would pop up for things I had done well in the game. When I saw how impressed my friends were with my Gamerscore I immediately felt like I had done something worthwhile. I thought I had found something new that I could be the best at and that others would appreciate. They didn’t know how many times I had reset the xbox because I had lost or messed up, they only saw the list of achievements that the xbox showed them. I put all of my time and effort into collecting xbox achievements as they were easier to do than stuff in real life and you could never really lose because it would just reset. I developed an attitude that I couldn’t fail if I didn’t try and this was obvious from the change in my grades. Every day was the same routine of sitting at school not paying attention then coming home going to my room and zoning out, staring at a small tv screen playing the xbox. When I was 15, I was invited to a church youth event by some of my friends who were Christians. I just thought of it as them asking me to hang out. I hadn’t ever thought about what I believed, I knew right from wrong and that was good enough for me. I felt strangely comfortable in the church; I knew there was something different to normal society inside. I didn’t feel the need to impress anyone. I continued to go to church, learning about Gods love for us and the sacrifice he made for us in Jesus. Hearing all this there was always one question on my mind. Why would Jesus do this for us? Why would someone who lived such a flawless life make a sacrifice for someone like me; a failure. One evening I was listening to a sermon like I had done before but this one started to feel different. It was like every time I had heard about Jesus’ love before I had been underwater, I could hear the words but they were distorted. Now I was above water and the words were clear. Jesus valued me. He held me in the highest of places and loved me on a personal level. He sacrificed himself for me personally not just for the world. Knowing this changed my perspective on a lot of things, my faults and failures didn’t matter anymore because Jesus accepted me with them.
— Read more —
Contact me Learn more about Jesus