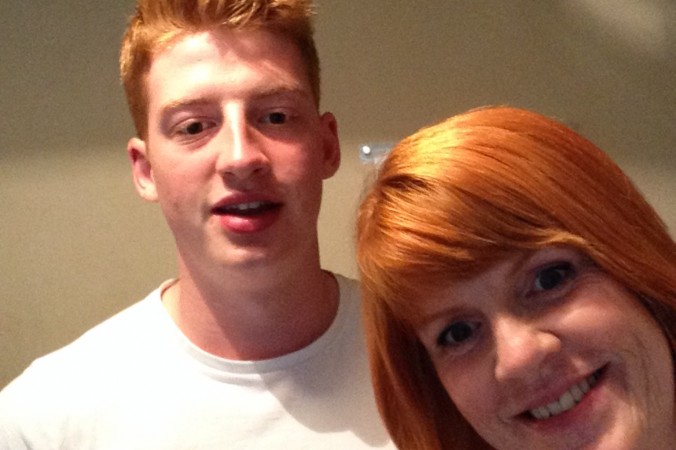 The latter part of December 1995 saw excitement turning to worry as I was hospitalised due to problems with my first pregnancy.  I felt bored and fed up as well as I was told I would probably have to spend the rest of my pregnancy there.  Worry soon turned to fear as I went into labour 9 weeks early. I had no idea if our baby would survive the early birth or what problems it would have if it did.

The labour progressed and I gave birth to Tom at 11:10am on 31st December. He was healthy and a good size considering how early he was, to the point that he was moved to another, less specialist hospital the following day!  As we told family and friends we found out that at the exact time I was giving birth, we were being prayed for by our local church, who had no idea that I was actually in labour ( it being before mobile phones!)

I felt amazed and humbled at how God had been with us at this time – humbled because throughout the whole time I had never thought to turn to God. In my worry I only sought human answers. As Tom and our other children have grown I have seen God at work in our lives many times but at times of worry have also been glad to look back and remember this particular time.  It has helped me hugely to remember that we aren’t on our own but that He knows all that we are going through and is with us whether we remember it or not. (Here is Tom with me, 21 years later!)