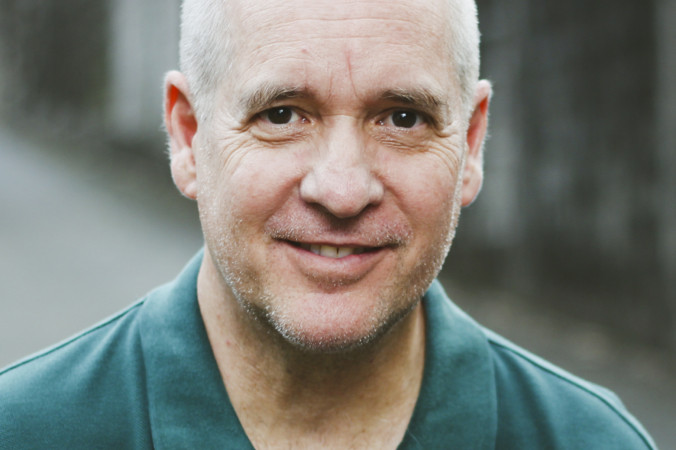 Have you ever stood in front of a refrigerator full of food with a craving for something, but you don’t know what it is? That is a good description of my life as a young man.

I tried many routes to happiness. First I tried being religious. I was an altar boy and president of our church youth group. At least on Sundays I was good. But the rest of the week was another story. I realized religion wasn’t the solution to my longing.

I tried academics. I joined a special program for gifted students. But I discovered that cool kids didn’t get good grades. I opted out so I wouldn’t be branded as a nerd.

I loved sports, so I tried to make a name for myself through baseball and tennis. Even though I was pretty good, the success did not bring the satisfaction I longed for.

I pursued popularity, so I got into student government, was editor of our school newspaper and was officer of several clubs. But there were always others who were cooler or more popular. It never brought the acceptance and satisfaction I desired.

One summer I traveled to Europe to study. My companions thought this was a great chance to party. Without parents around, with some cash and a whole new world to explore, we dove in. But in the midst of our wild escapades, I became increasingly uncomfortable about my life. I knew inside partying wasn't making me happy.

But one girl on the tour was different. Evelyn didn't do the crazy things we were doing. She certainly wasn’t cool according to our standards. But she was happy. I wondered how someone who didn’t party could be happy.

So one night I asked her. Evelyn explained that she used to party harder than any of us. But the previous year someone had introduced her to Jesus Christ, and He had changed her life. Now she didn't have to look for a new thrill every day – Jesus had given her real joy.

I considered what she said. Eventually I realized that I wanted what she had. When we returned to California, I decided to allow Christ to be Lord of my life as well.

Almost immediately I saw changes in my life. My once volatile temper, especially on the tennis court, began to change. My rocky relationship with my father began to warm. I developed a growing desire to know more about God, and about how to really follow Him. I learned how much He loved me, and how He had sent His Son to die for me so that I could have real life. My longing for meaning and purpose in life was finally satisfied.

Through the years I have experienced ups and downs, challenges and victories. But the deep satisfaction and peace that I found through knowing Jesus Christ as a young man has never left me. He has truly never disappointed.

Remember standing in front of the refrigerator trying to figure out what would really satisfy? Jesus said, “I am the bread of life. He who eats of me shall never hunger, he who drinks of me shall never thirst.” Only Jesus could satisfy my deepest longing.