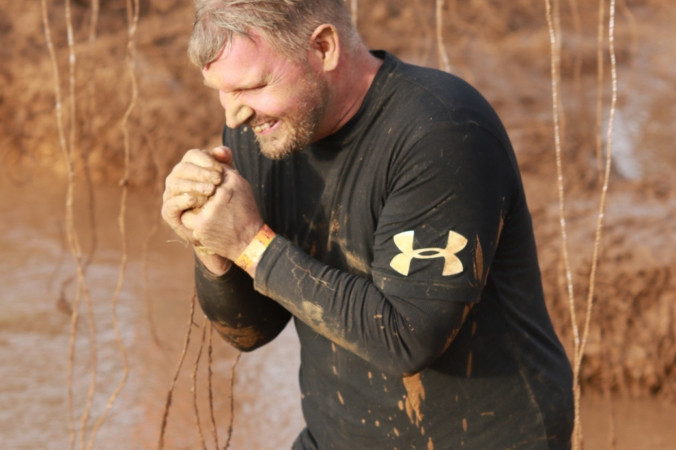 I was raised by athiests who were raised Catholic. They didn't discourage religion, but didn't support it either. My mom passsed away when I was very young and all I had from her was her Bible. I have prayed and looked to God since I have memories, but didn't hear about Jesus until I was married in 1992.

I attended church with my wife, even attended Bible college. I participated in church ministries and was baptised, but still didn't know Jesus. I wasn't seeing what I was learning in Bible college in the church halls and walls, so I became disenfranchised with religion. I eventually starting looking into eastern religions like buddhism and hinduism for answers, a path.

By 2008, I was a practicing "Christian Buddhist", yeah, I know. I was trying to reach perfection my way, by my own strength and will. Buddhism became my personal tower of Babel.

By 2009, I had reached the point to where I had no love for my wife and children, no attachment, only strife. I thought I was so wise.

In 2010, I spent some months away from family overseas and had a whole lot of time to myself when not working. It was my sabbatical of sorts. I spent hours and hours going over my life and how empty I was, how useless I felt, how alone and Isolated I had become. I was a fake, a shadow of a human lost in a constant storm. I knew my tower of Babel was crumbling, I knew I was destroying my marriage and my relationships with my children.

One night after work I couldn't sleep. I tossed and turned, weeping, then angry off and on until dawn. Sitting outside watching the sunrise, still distraught and desperate like I was lost in a violent storm on a sinking ship, I dropped to my knees and asked God to show me the truth.

He answered, Jesus is the way the truth and the life.

When those words came to me the storm immediately ceased and a calm like I had never felt came over me. I gave my life to Christ Jesus and picked up a Bible that morning. Since that day my life has never been the same. Jesus literally saved me from myself.