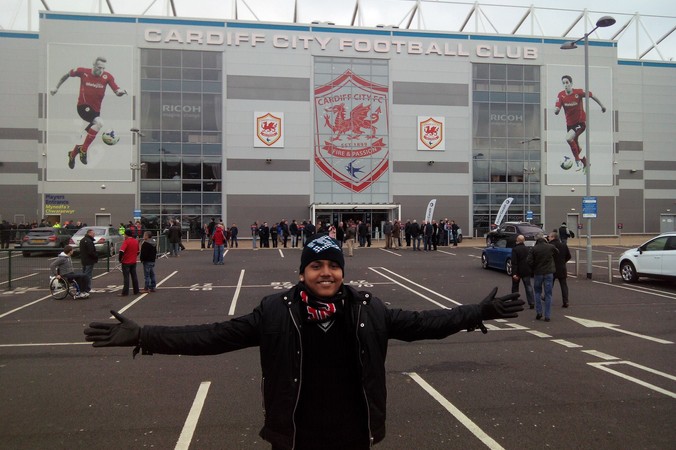 Just like many other Catholics I too was born and raised as any other “Cradle Catholic”. As such I am familiar with the rites and rituals of the mass as well as other traditions alike. This also means that I attended my Sunday catechism classes regularly. In fact I even took bible studies as an additional subject in high school.

However my faith did not grow beyond that. I had been building up a lot of head about God. I know all the theoretical aspects of the faith such as, Jesus having died for our sins and other theories alike. However I now know that being a Catholic is more than that, it is about having an intimate relationship with God, very much like that of a father and son.  I had yet to experience this relationship with God; my relationship with God at that point in my life was merely theoretical and based on rituals.

In need of God

In my life thus far there have been a few instances where I have very actively sought out God due to certain situations I had found myself in. However, the most significant (and also the most recent) would be the time I had a very big fight with my mum and my sister.

Essentially what happened was that my mum had done certain things that I personally believe had seriously affected relationships I’ve had with certain other people in my life. This in turn made me very angry. Somehow in the confusion and all the turmoil at the time my sister happened to get herself in the crossfires as well. Worse still she happened to be on my mother’s side, thus creating a major schism which sent me to a corner versus both my mum and sister unfortunately.  The situations got worse and worse, in fact at one point our fight even became physical. What result from all this that was that I wasn’t in talking terms with neither my sister nor my mother, the only two people who make up my family.  During that time i personally suffered as I was living in a house whereby I wasn’t able to communicate with anyone in it. it truly was a tough time for me.

My personal experience with God

As mentioned above the situation I was living in was very uncomfortable and bothered me, though I never showed it. That being said, I always offered up my particular predicament during mass. I continued to do so several times. In fact I reached a point where I even started to doubt God in general. Just like that all those years learning about what an awesome God we have went right out the window as far as I was concerned. Nevertheless I still felt the need to go for mass and stay close to the God I was raised to worship.

My situation, as aforementioned remained the same for more than a year. However one day whilst I was listening to a homily from mass that happened to be about repentance and forgiveness. To my surprise the priest who was serving at the time happened to mention the topic of forgiving siblings and not holding grudges. His particular message at the time touched me. At that point of time I had already forgiven both my sister and mum in my heart, however as mentioned earlier my relationship with my sister was still very much strained. Following this event I was truly inspired to take action and reach out to my sister. Despite this awakening things did not exactly go on the way expected it too, for example my sister was not available at the time to speak with me just as I never was when she wanted to reconcile. Despite all that I must say that it was truly through God’s providence and nothing else that has led me to be in talking terms with both my mother and sister, the only two immediate family members that God has provided me with.

As mentioned above there really is a happy ending to this story. I eventually did manage to break the silence between my sister and I, we’ve started talking! Sure one might think nothing of it, however living in a house without any real communication for more than a year gives you a different perspective on what is truly important.

However, despite all that I still do face a lot of problems and disappointments daily. That being said, having experienced God’s providence in my life and getting to know how he works in his own subtle way, I am very much assured that whatever troubles and tribulations that come my way will be dealt with so long as God is with me.