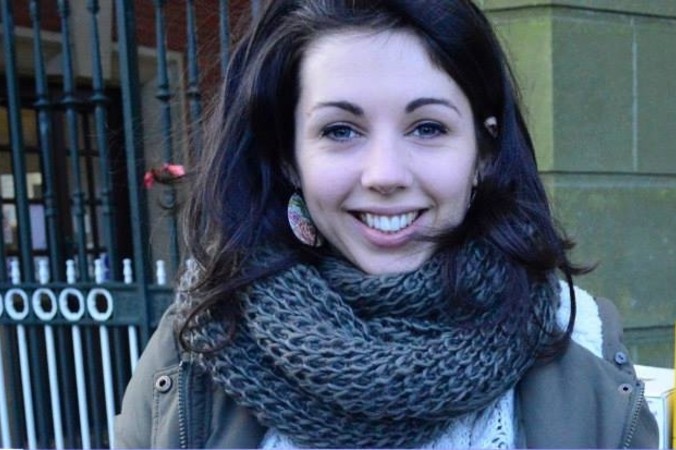 Something Worth Believing In

Born in the 80’s and growing up in the 90’s I spent a lot of my childhood playing pogs, trying to do the cradle on a yoyo, double deniming and making up dance routines to The Spice Girls with my friends in the school playground. My mum took us to church on Sundays but God never really went any further than that in my life. Partly because I didn’t really think God was that relevant and because as we started to grow up I wanted to drink with my friends, talk about boys and have some fun. The first time I took any real notice of God was when I was 16 and my older brother, Ben, came home from his first year at university and told me that he had become a Christian and knew Jesus. Needless to say, I thought he’d gone mad. Nevertheless he had changed – he had something good that I didn’t have.

In the summer of 2006 I packed up my room to head for University in Birmingham. I had a great time meeting lots of new people and even bagged myself a boyfriend. At the end of my first year I went home for the summer and that was when my dad passed away – 23rd August 2007. Two weeks after the funeral I returned to The University of Birmingham for my second year. It wasn’t the same; I missed my dad. I spent my days feeling sad and then trying not to feel sad. Mostly I attempted this by drinking, comfort eating, skipping lectures and finding comfort in different relationships. But to be honest it was all a bit soulless and none of it dealt with the way I was feeling for more than a few hours. At the end of my second year at university, despite mitigations, I barely scrapped through my exams. There were times when my brother would call me throughout the year and tell me that God took notice of me and that God loved me. So, what’s a gal got to lose? I'd played with the idea for a while but at the end of the academic year I went back to my house in Selly Oak sat on my bed and said this to God, “Jesus, I don’t know if you’re there but if you are please will you help me. Nothing else is working.”

I began to read the Bible and it was then that I met Jesus for myself. Jesus wasn’t who I thought he was going be. I thought he would either be religious and self-righteous or weird and happy-clappy. He is neither of those things. John, one of Jesus’ closest mates, wrote that Jesus said this, “In this world you will have trouble. But take heart! I have overcome the world.” I met a God who is fiercely honest and fiercely loving. He knows that I make mistakes but loves me as I am anyway, who knows that life can get messy but promises that His love will make it OK.

This summer dad has been gone for 5 years. On the 23rd August 2012 we went back to visit his grave as a family. This time round I stood at the grave and I felt hope. Jesus makes the difference so that neither death nor pain needs to be the end of the story.

I have been following Jesus since I first spoke to him at uni and it has been an amazing adventure – life doesn’t always go the way I necessarily think it should but that's because following Jesus means I end up in far more interesting situations than I could have planned.