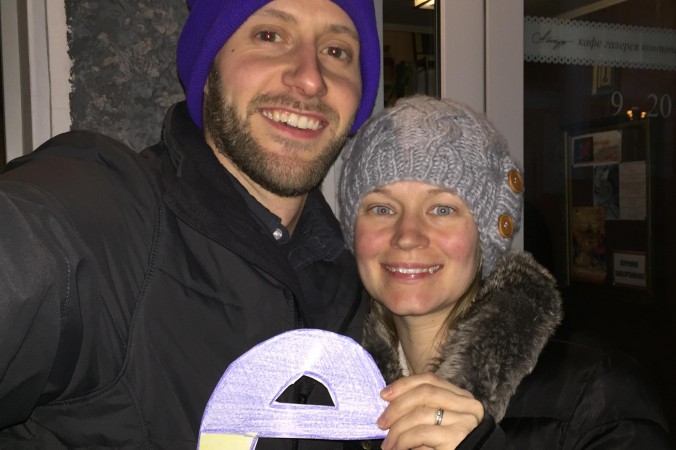 One of the things I dreamed of doing when I was younger was hunting for treasure.  I thought about how cool it would be to have a fishing boat near the Florida coast that I could also scuba dive off of in search of sunken treasure chests.  Not only could I fish for a living, but if I ever got lucky and found a treasure chest, I would never have to work again!  Even though that dream hasn’t materialized, the desire to be a treasure hunter has stuck with me over the years.  To this day, I love going thrifting to find things that are worth way more than they are selling for!

Hunting for treasure is something that consumed a lot of my life growing up, and still holds sway over how I live today.  Being accepted by my peers was something I used to treasured above all else.  I would act out in school to get attention, and I would break down in front of my parents if they didn’t buy me the clothes I thought would give me worth in others’ eyes.  I wanted so badly to be popular and have a girlfriend, but lacked confidence in myself and in social interactions.   After what seemed like forever, I found acceptance in a group of popular skateboard kids, who lived off adrenaline and doing risky things.  Though I had fun, this lifestyle led me into experimenting with binge drinking and smoking weed, which quickly progressed into a weekly habit.  Usually these activities happened at underage parties, which also led to numerous one night stands with girls.  At first it seemed like these friends, and these substances helped me to gain the acceptance from peers and girls that I had treasured for so long.  To my parents, teachers, and coaches it even seemed like I was doing well in sports and somewhat well in school, but I had this other part of my life that was hidden by a growing mountain of lies that soon became too frequent and serious to hide.   My life grew to be characterized more by consequences than by the fun those things first offered.  I got caught by my parents, and the police; I got grounded, ticketed, suspended from sports, and I lost the trust of many who only knew my more public side.  However, I still held onto that lifestyle into college.  I figured if I didn’t have some substance to be inebriated by I would fail to be carefree, fun, and acceptable to others.   It wasn’t until my first week at UW-Stevens Point, when I met a Cru staff member named Scott, that I considered the opportunity to have a personal relationship with Jesus.  Scott shared with me verses from the Bible about God’s love and desire for a relationship with me.  He explained that even though my sin separated me from that relationship, Jesus loved me so much that He died on the cross to save me from the consequences of my sin and restore the relationship!  All I had to do was to receive God’s forgiveness and trust Christ’s payment on the cross.  If I did, the Bible promised that I would be forgiven of past, present, and future sins, and spend eternity in a relationship with God.  Up until then, I never fully understood how much God treasured and loved me.  I started to wonder if Christ and a relationship with Him was what I had been missing all along.  Would He provide the acceptance and worth that I had treasured?   Later that day, I decided to give God a shot, and prayed a simple prayer to accept His forgiveness and ask Him to start leading in my life.  After that, for the first time, I saw Him interact with me by answering my prayers, and speaking to me through the Bible by giving me direction in areas that I needed it.  I had tons of questions, and a great desire to learn more.  So, I also got mentored by Scott and connected with other Christians on campus.  I trusted God with more areas of my life, and I started to experience the acceptance I had treasured for so long from Him, and even from the other Christians.  Since I found the satisfaction that I was searching for in God, I didn’t need the substances that I had clung to for so long.  Over the first two years of being a Christian, I saw God break my addictions to alcohol, tobacco, and pornography.  I didn’t even have the desire to swear or lie anymore, instead my desire to love others began to grow.   Since becoming a Christian I still struggle with searching for acceptance and worth from others in achievements, relationships, and my job.  At times I fail to remember that God’s love for me doesn’t change if I do a lot for Him or nothing at all.  When I remember God’s unconditional love for me, I again see how much He treasures me, and how worthy He is to be my highest valued treasure.  Alongside this adventure of getting to know the depths of His character and beauty, He has also called me into another great treasure hunt, that of being a fisher of men.  In the same way He called His first disciples to it, I get the opportunity to treasure other people with His love working through me, and make known to them what a great treasure He is!  Though it isn’t the kind of treasure hunt I initially envisioned, it is one that I wouldn’t trade for anything!
— Read more —
Contact me Learn more about Jesus