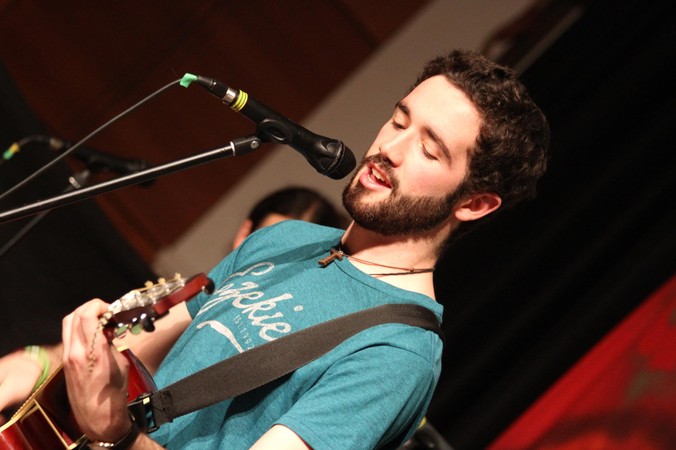 I was brought up a normal Church going Catholic but when I was 15 God picked me out of a crowd and changed me life.

I was sitting in a crowd of around 100 young people listening to an American nun who was talking about forgiving our parents. While she was speaking she was also listening to God and she was sharing with specific people in the crowd what she felt God was saying to them. Lots of people were being really moved by this and breaking down in tears all around me but I remember thinking "God isn't going to speak to me today, because my mother has never done anything bad to me and my father wasn't alive because he died before I was born." But she suddenly said something that caught my attention. She said "There is someone in this room who doesn't have a father". At that point I was in denial because I know of lots of people who don't have a father and it could of been anybody in the room. But then she said "this persons father died before he was born" and she looked straight at me in a room of over hundred people and it was as if Jesus was staring at me straight in the face.

That day changed my life. It was as if God had literally picked me out of a crowd and said "William I know you. I know what you've been through and I love you." It was through that encounter that I had with my heavenly Father's love that I was able to forgive my earthly dad. This was particularly important as the way in which my father died was he took his own life. But because of the experience of the love of God I had I was able to trully forgive him for his rejection of life. This forgiveness brought a fresh freedom to my life and a new sense of being known and loved by a Father who had always been there for me.