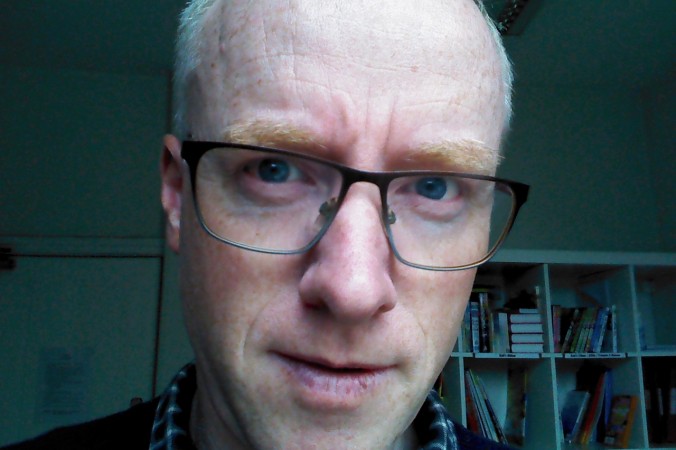 When I left the car industry, my boss asked me why on earth I would leave behind good pay and prospects to go and work for the church. I floundered for an answer that wouldn’t appear too pious. I think I ended up muttering something inane like, “I want to go and help people.” Twenty years later and now a Baptist minister, I still get the same question from time to time: “What made you swap engineering for preaching?” I don’t flounder for an answer quite so much these days, but the reply still feels awkward. Choosing a vocation focussed on deepening and sharing a friendship with Jesus does, I admit, sound a bit weird. It certainly wasn’t a ‘career’ choice – believe me, there’s no corporate ladder to climb in the Baptist church! And it wasn’t as if I just picked a different job because I fancied it. If my life were a house, then following Jesus is for me not simply a choice to decorate a certain room in a particular colour. It is the house. It’s the context of all that I do, even the definition of who I am. I wasn’t an engineer who happened to be a Christian. I was a Christian who happened to be an engineer. And while plenty of Christians quite legitimately choose to live out their Christian identity in the everyday workplace, I felt compelled to align my identity and my working life by becoming a church minister.

I wasn’t wrong when I first told my boss that I wanted to go and help people. It was true and I spend a lot of my time today walking alongside people in their bereavement, illness, relational difficulties, general sense of lostness in life, and so on. But what drives me is much more than a vague altruism. It is the hope that others may discover the same experience of being ‘at home’ in God that I think I have found because of Jesus. Home should be a place of belonging, safety, forgiveness, affirmation, education, tradition and meaning. From this sense of rootedness, I can face the world, maybe even make a difference in the world. This is for me a vision worth giving myself to. Not that there’s anything wrong with pursuing the good pay and prospects that my boss considered a priority. It’s just that they probably don't bring anyone home.