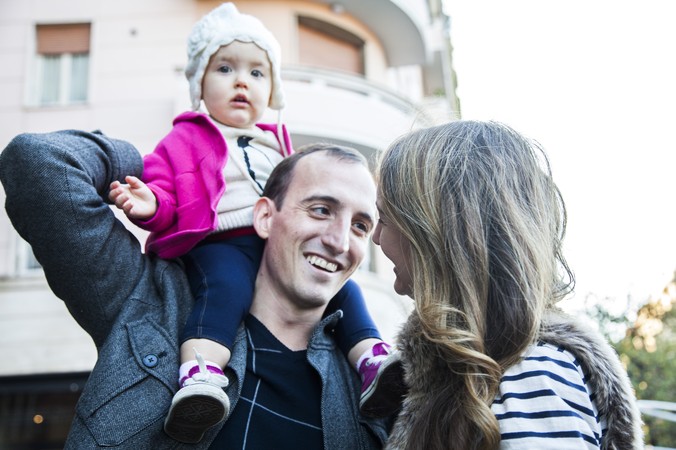 Stopped in My Tracks

I was always known as a guy with his gaze into the future. Once I finished one project I was always on to the next one. I felt like nothing could stop me, until I believe God stopped me in my tracks…

I grew up in a Jewish home, but always believed in God.  The problem was my life didn’t look any different than someone who didn’t believe in God, because my actions were not any different. It was hard for me to be religious, because I often thought about how I was not doing enough to be good in God’s eyes. I can remember going to sleep as a child and being very scared about what was going to happen to me if I were to die.

A huge turning point in my life was two weeks before I left for college. While driving down the highway, my car was hit by a semi-truck, flew into the air, and flipped four times on itself. While my car was completely destroyed, I was left in a state of shock thinking I should have died, and then I found a Bible laying in my lap! The Bible was unbeknownst to me, but it turned out I had put it there after a Christian girlfriend gave it to me after we broke up because of religion. I can remember vividly looking at my car from the ambulance, clutching the Bible, and thinking that life was too short to not make a decision about God.

From that point forward I began a spiritual journey. If God was real, and I were to die I wanted to know for certain what I believed about God. I looked for answers in Buddhism, Hinduism and humanism, but found, in general, that all of these were religions, meaning they all had their lists of what to do to reach God. I had already experienced this in my upbringing, and this did not quench the growing thirst I had to know the divine. As I left for college, I still had no concept of a relationship with God not because of what I have done, but because of grace that God had given me, but as I met my resident advisor in my freshman dorm, Chris, I got a picture of how God’s love.  I knew that there was something different about this guy, and that I saw in him a unique ability to love people. I eventually filled out a survey from a Christian ministry indicating that I wanted to know more about a personal relationship with Jesus. In January, after a semester of partying and realizing that I couldn’t escape this brevity of life issue, Chris, who was a Christian, shared the gospel with me, and throughout the rest of the semester we read the gospel of John together. Grace was the answer my heart was looking for.

As I learned that Jesus told religious peopld that they couldn’t work their way into heaven, I was intrigued, and then when I realized that Jesus literarily paid the death I deserved, I was getting more excited. I understood that the only way to God was Jesus, and I knew that this was true. I can remember one night in my dorm room bed, reading the Jesus' last words to His followers and feeling the presence of God with me. I prayed to receive Christ in my dorm room that night, and Chris baptized me three days later. Becoming a Christian radically changed my perspective on life, I didn’t have to fear death, I had answers for the longings I found deep inside of me, but I didn’t not become a perfect person. I still wrestle with my weaknesses and shortcomings, but I do so with a relationship with God, accepting His underserved gift of grace everyday.

Looking For Love in All The Wrong Places