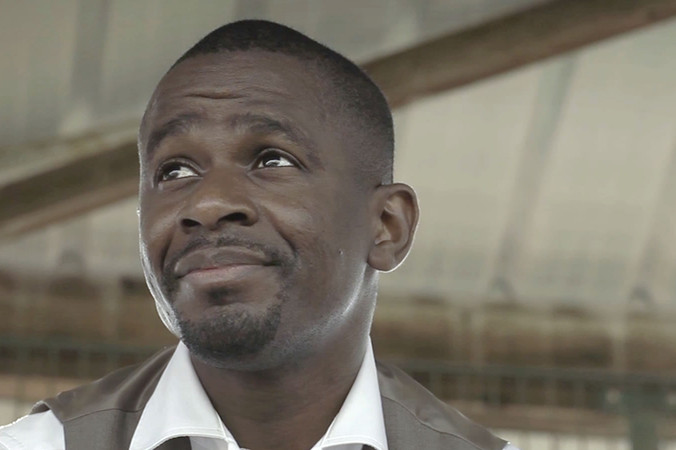 From Chaos to a Football Star

I’ve been playing professional football for 17 years. I would like to tell you about my history with God.

I grew up in a family with seven children, a good family. There was nothing I would miss, until the day when I lost my father at the age of 14. The loss of my father plunged my family into chaos. My mother became an alcoholic in order to forget the pain. For a long time, I saw a woman who was ruining her life.

That was until the day when they told her about Jesus. They told her that Jesus an change her life. She opened up her heart and decided to believe. Jesus really changed her, and I saw a completely different woman.

The Absence of a Father

I was also, at a certain point told about Jesus, and given a Bible. They said: “You know that Jesus can do something for you.” And I began to read the Bible. The more I read the Bible, the more I found things there that touched me. The words of Bible awakened faith in me, a confidence in God, which I did not know before. God was capable of banishing the absence of a father that I felt at the bottom of my heart.

The 31st of December, instead of going to a party, I decided to start my year differently. I was at a Gospel reunion, and I heard a lecture on the Bible. This completely transformed my life. I was touched in my heart. It was as if God illuminated a piece of my heart that was missing. I decided to follow God.

In that first year I thought that things would only get better. But I begun to experience difficulties. I could not play football anymore. I was often injured, so they side-lined me. I didn’t understand it. So, for a year I was not able to play on the high level. This experience allowed me to come truly close to God. I learned that God wanted 100% of my heart, not only 99%.

After I understood that, they called me on the national team of Congo. I played in the CAN, African Nations Cup in 2000 and I was even one of the best players there. From then on, my football career completely changed. I succeeded in getting to the first league with Lorient, to the finals with Amiens and to the first league again with Brest. I experiences truly marvellous things with le Seigneur.

I got into a luxurious environment, such as many people aspire to enter. But this environment does not give peace or joy, only such as do not last, while Jesus gives peace and joy that stays with you.