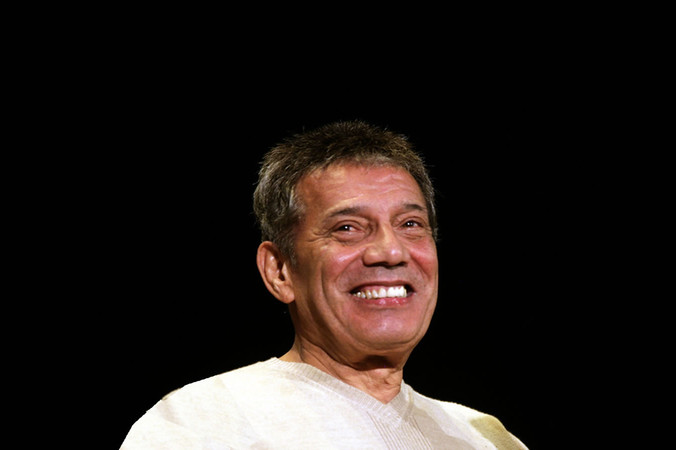 Chief of gang surrenders to Jesus

Nicky Cruz is the best-selling author of eighteen books, including the all-time Christian classic, Run, Baby, Run, published in 1968 and translated into more than 40 languages worldwide.  It continues to be a top-10 best seller in the United Kingdom, and is required reading in many high school curricula in the UK, Finland, Australia and New Zealand.  A full-length Hollywood feature film based on Nicky’s life called A Thousand Pieces is currently in pre-production.  Screenplay written by Gregory Anderson (Stomp the Yard), A Thousand Pieces is slated for a 2013 theatrical release.

Cruz was raised in Puerto Rico.  His parents were heavily involved in Santeria, and as such, Nicky was the victim of repeated physical abuse and rejection at their hands.  In an attempt to escape his violent upbringing, Nicky fled to New York City in the mid 50s where he soon got caught up in the gang violence that was sweeping the city.  Fearless and seemingly immune to physical pain, Cruz rose through the ranks of the notorious Mau Mau gang in Fort Greene, Brooklyn to become their War Lord.

Cruz’ life was a downward spiral of violence and dysfunction.  A court-ordered psychiatrist told the court and Nicky that he was “doomed…finished…on a one-way trip to jail, the electric chair and hell.”  Then one day a skinny preacher – David Wilkerson – came to the war-torn streets of Brooklyn delivering a message to Nicky – “Jesus loves you, Nicky.”  Cruz threatened to kill the preacher, but several weeks later at a rally at the St. Nicholas Arena in NYC – Cruz surrendered his life to God and exchanged his weapons for a Bible.

For the past 50 years, Nicky has been traveling around the world reaching tens of millions of people with his miraculous testimony.  His life story has been told in the best-selling book, The Cross and the Switchblade, and in the movie by the same title, which starred Pat Boone and Erik Estrada.  Cruz continues to minister in inner cities, prisons, and stadiums personally speaking to hundreds of thousands annually.

He is the president of Nicky Cruz Outreach, and Executive Producer of TRUCE, an international discipleship and evangelism ministry dedicated to reaching and mentoring young people.  The Wall Street Journal described Nicky as the “Billy Graham of the streets.”

Additionally, NCO partners with Times Square Church in NYC, World Challenge and The Springs Church in long-term relief and spiritual reconstruction in Haiti.

Nicky is the father of four daughters and eight grandchildren.  Nicky lives in Colorado Springs with his wife, Gloria.

Nicky was recently awarded the degree of Doctor of Divinity by the Latin American Theological Seminary, as well as Doctor of Philosophy in Christian Therapy from Dayspring Christian University.