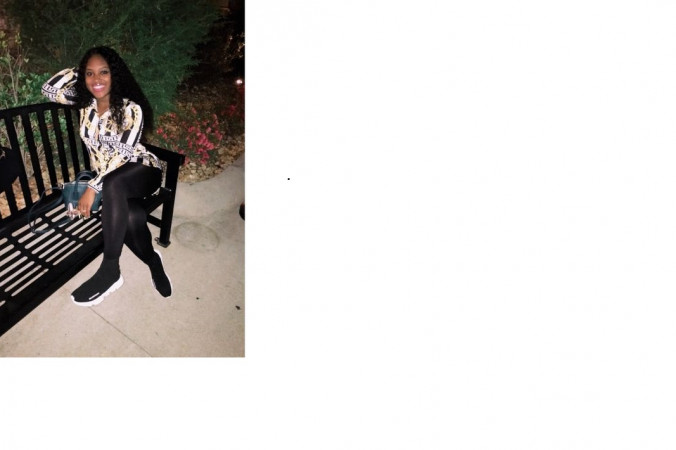 First I'd like to give all the honor and Glory to God. I hope that my story helps someone.I don't think my story is anything no one has ever heard so don't expect to be "WOW", however, I do have a story to tell. I'll keep it as brief as possible. Starting as far back as I could remember I was silenced. I watch my parents fight and my father cheat on my mom which caused me to be a very withdrawn child. I didn't really have a voice, so I never really took up for myself much. Seeing these things as a child and being so ready to break out of my shell I became rebellious and started to do everything my mom would tell me NOT to do. I got pregnant with my first child at the age of 14 (when I became sexually active) and I had an abortion. By the age of 16 I was pregnant again but this time I had a stillborn child which changed my life completely. I always had my father in my life physically but never emotionally and I feel that's the reason I made so many mistakes in my early years. My mom was the mother and father to all of her children ( ladies, fathers make a difference TRUST ME!). I started college in the year of 2010 and in 2011 I met my dad (Ok, I know your confused) I met my childs father who I fell so disperately in love with. Why did I say "I met my dad"? because he acts just like my dad. How many women have fell for the guy that has the same characteristics as their dad? sometimes that could be a good thing sometimes it could be bad, in my case... not so good. Don't get my wrong my dad is a great provider but outside of that thats all. My son's father was the same way i could have whatever I wanted except his heart. I got pregnant with my third child at the age of 22 his father went off to live with another girl and even date her. Yes, It crushed me, he was never there for me or our son and the disrepect was OMG unbareable. There has been some times I never thought I'd forgive him. I relocated to where my family now lives just to have that much needed help from my family. Postpartum for me was real, some days I felt like i didn't want to live, I would cry not knowing why a lot of times, I couldn't really find the joy of being a new mother because I felt my life was so screwed. I finally found a job, and got back in school which things had started to look up a little. Fast forwarding to a few years later,I got the devastating call with my grandmother screaming in the background and my aunts voice filled with tears saying "Misha, your uncle Marlon was shot last night and hes dead". getting this news was the hardest news I ever had to receive but what was even harder was having to tell my dad his baby brother was gone :(. This sent my father into a GREAT DEPRESSION, I'm still in school not even close to graduating and by this time my father has quit his job and been unemployed for some months now which left all of the financial burdens on me (WHEW!!!) I became stressed and overwhelmed but God stood right there with me the entire time. A year and a few months later my father gets the call that his father has passed (another Devastation on the family). It was like we couldn't catch a break. After coming back home from my grand dads funeral my aunt calls me again with the news that my child hood bestfriend was killed, I really just couldn't take anymore. I get put out of school for not having the money to pay and go back and then my health starts to decline. 5 days before christmas I was admitted into the hosptial for elevated heart rates at this point I started speaking over my life. It was "no more" "never again" I was tired of all the devastation going on around me. This year 2019 I decree and declare good health, closer relationships with God, Protection, peace, generational wealth, JOY and so much more. So far so good :) God can do anything, he can turn all things around and so far so good. God is good and his mercy endurth forever. NEVER STOP PRAYING!!!