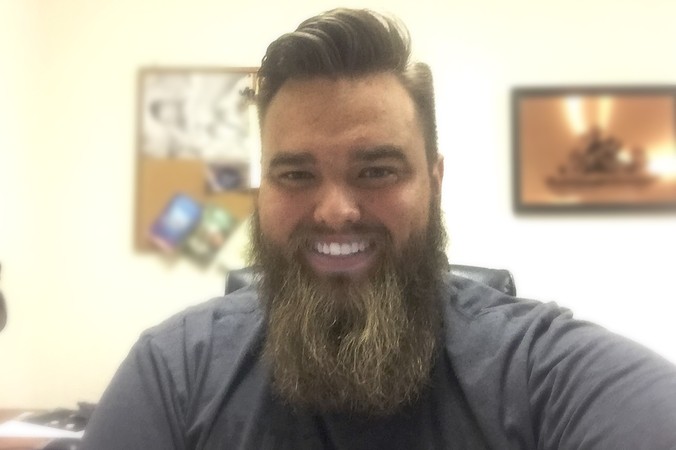 I was born into the the most amazing home and to the best family anyone could ever ask for. I was the firstborn to my parents, Mike and Robin, and my younger sister, Chelsea, would follow about three years later. As kids, we were at church every Sunday morning, the occasional Sunday night, and every Wednesday night. Needless to say, our family regularly attended church. As a young child (9 years old) God revealed to me the gospel of Jesus Christ at a kids camp. I was baptized soon after.

Later on in life, I would enter middle school and high school where the temptation of being accepted by my peers plagued me. Though I was still going to church and participating in youth group activites, my desire was to please others, not the Lord. I started playing hockey in middle school. Unfortunately practices were Wednesday nights and games were every other Sunday. This did not help me when it came to my spiritual growth. As a freshmen in high school I began playing guitar. At the same time I joined a different hockey leage. This freed up my Wednesday nights and Sundays. The Lord, in His sovereignty, opened the door for me to begin playing guitar in my church's youth group band and started teaching me what true worship was. This completely changed my life. Not only did I meet my future wife in this band, but I would also begin a journey of closely walking with the Lord. Through worship and actively attending youth group gatherings, I learned the true character of God.

I soon realized God was not the Lord of my life. I knew who God was and that He had sent Jesus to die for me on the cross, but this did not really effect the way I lived my life. At a youth summer camp I rededicated my life to Christ and gave Him total control of who I was.  After graduating high school, I had no idea what God's will was for me. I researched careers but nothing was appealing to me. So I began college not having a clue what I wanted to study.

After about two years of working on a general studies degree. The study of Psychology, came across my attention and I realized studying the human mind could be interesting. So I began studying Psychology and would eventually graduate from the University of South Florida with a bachelor of arts degree in psychology.

All through college I lead our Youth's praise band. The same band I had played in. I enjoyed teaching the kids about worship and helping them anyway I could musicially. I never thought ministry was something I could do because I have never had an extroverted personallity. In fact, things like public speaking terrified me. I would soon learn that, since the begining, God never chose people who were prepared for what he would have them do, but He chose poeple who were teachable and available so that He could prepare them. God opened a door for me to come on staff at my local church as an intern.

Through this internship and through prayer, I distinguished the calling God had on my life. He was calling and preparing me for ministry. I was soon ordained by my church and would later start seminary classes at Southeastern Theological Seminary. Before I began my extended education, I married the same girl who was in the youth band with me. I am thankful to God for her and all the joy she brings in my life. I have no idea what God holds in store for my wife and I in our ministry however, our goal is to go where ever He leads and to use all of the blessings He has given us to minister to others.