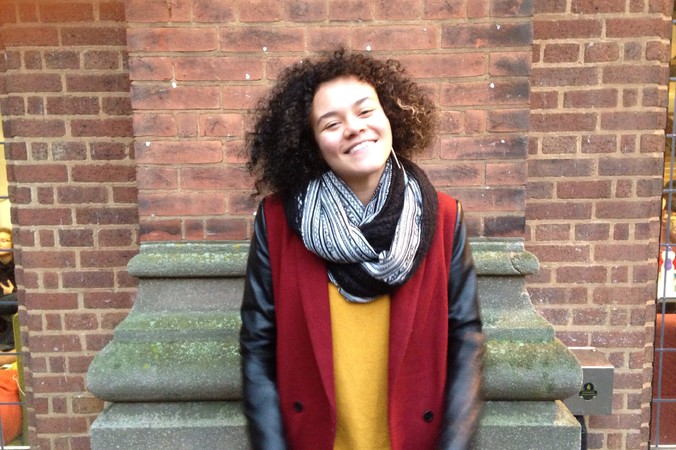 I have always had big questions about life and its meaning. I started going to church when I was eight but it just became a social occasion, where I could meet with friends. I never really learnt anything about God apart from the fact that I should be a good person to please him, so that’s what I tried to do.

I tried to find different ways to impress people and God and found that my achievements at school seemed to do that. So I worked hard through school to get to college, and then through college to get to university. It seemed to be going well, but during the last year at sixth form the pressure I was putting on myself became too much, I was making myself ill and depressed. I was tired of working so hard all the time, and worried because my grades didn’t seem to be showing all the work I was putting in. I stopped going to church and though I still didn’t really know who God was, he seemed like the obvious person to blame. I thought that if he had control of everything, he could be making all my hard work pay off.

It was at this time that a friend of mine told me she was a Christian, and I really wanted to know more. I started asking her loads of questions about church and religion, and she was just so confident and secure in the knowledge that what she was saying was true. I really wanted that too. So I started going to church with her and we started reading the bible together. It seemed daunting at first, but we focused on Jesus’ life, and he completely contradicted everything I had heard about him before.

I started to take him seriously for the first time. After about three months of going to church and reading the bible I sat in my bedroom reading though all the evidence I had in front of me. I realised that I actually believed this was true! I believed that Jesus was who he said he was, that he was the son of God and that he came to give us his perfect relationship with God, so that we wouldn’t have to work for it ourselves. So I said a little prayer to God…it was weird….it felt like I was talking to thin air so I sent a text to my friend, just to be sure that I was going to stick with this!

It’s been almost two years since then! It’s not always easy, and becoming a Christian doesn’t mean that my life is perfect. I think I continually realise just how much I need to depend on God each day, even when I would prefer to try and work things out myself. But it’s also amazing, in the bible we read that Jesus will make us in his likeness, and this seems scary to people (and myself sometimes!), like God just places loads of limits and restrictions on your life. But… if you think about it, that means we get our lives and hearts shaped into the greatest person who ever lived. And that’s an incredible thing to be part of.